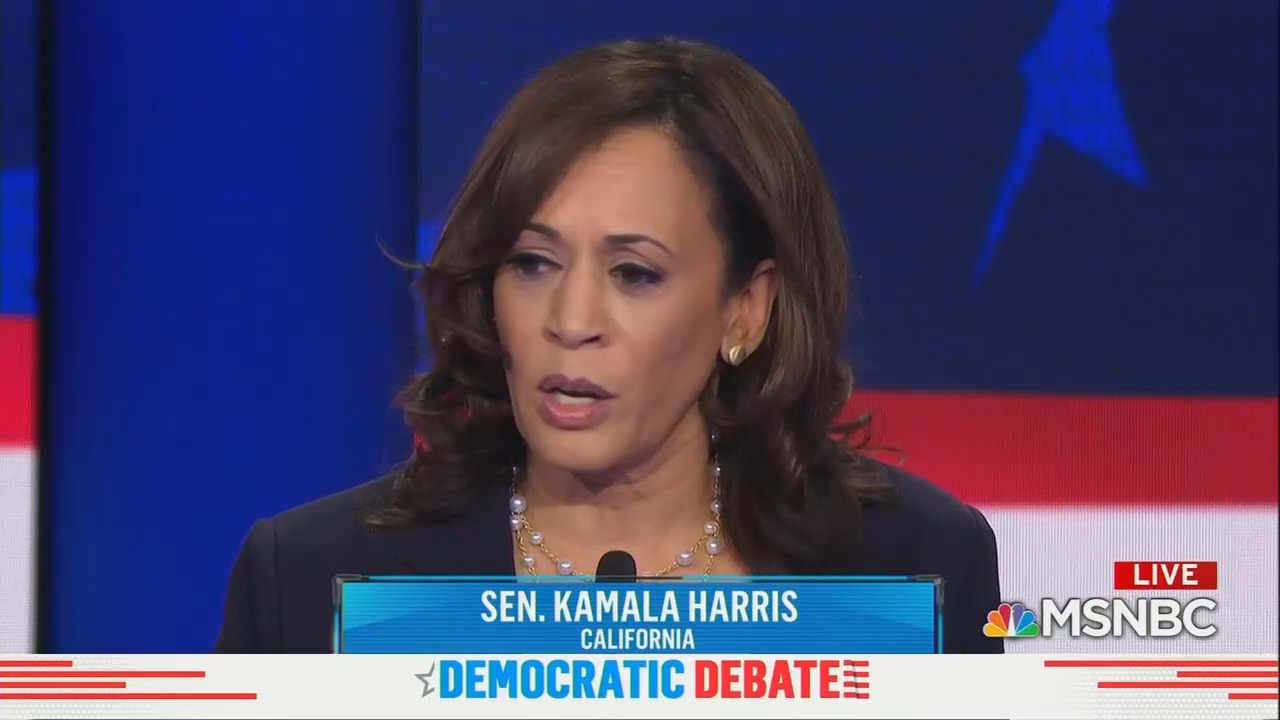 The liberal elite have already made a decision based on the second night of the NBC Democratic Presidential Debate: Kamala for President.

Throughout the debate, no one got as many cheers from Tinseltown as Senator Kamala Harris (D-CA). Actress Danielle Brooks (Orange is the New Black) tweeted, “We might have our first female president! Go head @KamalaHarris Keep coming strong and we’ll carry you to the top!”

Actor Kevin McHale (Glee) was ready to “give the keys to” Harris. Family Guy creator Seth MacFarlane tweeted that while yesterday’s debate was better, “Buttigieg and Harris delivered [tonight] in very different ways.”

When Harris challenged former Vice President Joe Biden on his past in politics dealing with segregationists, Hollywood backed her up all the way. Actress Amber Tamblyn (Sisterhood of Traveling Pants) tweeted “Here comes Kamala for ALL their necks.” Top Chef host Padma Lakshmi gave her seal of approval, saying, “I like that she namechecked [MSNBC’s Chuck Todd] at the end. Tell ‘em Kamala! I was expecting a full arm extended and wagging index finger too.”

Pop star Katy Perry threw in her support as well, first tweeting “Three snaps in a z formation let’s go @KamalaHarris.” She then re-tweeted Harris’ tweet, calling her speech about busing in California “an emotional moment.”

Rosie O’Donnell tweeted, “Kamala Harris rocking it tonight.” Comedian Billy Eichner said that he was “Proud to be a Democrat tonight!” and that Harris was “on fire.”

Celebs are fickle in who they choose for politics, but Harris seems to check all the boxes for the wealthy elite.