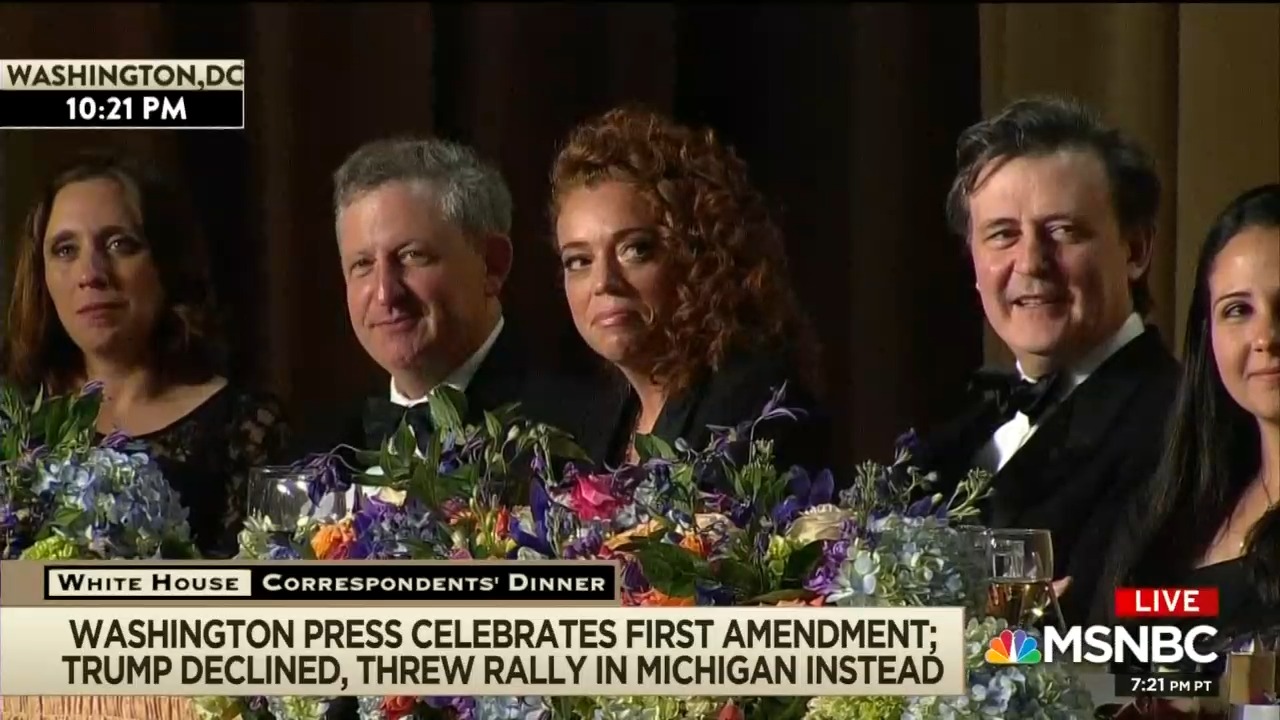 During the fiasco at the White House Correspondents’ Dinner, Michelle Wolf told White House Press Secretary Sarah Huckabee Sanders that she was “Uncle Tom, but for white women who disappoint other white women,” and cracked a horrific abortion joke pointed at Vice President Mike Pence ( "He thinks abortion is murder which, first of all, don't knock it 'til you try it — and when you do try it, really knock it. You know, you've got to get that baby out of there"). But that didn’t keep some people from gushing over her “humor.” Hollywood and journalists quickly rose to defend the sentiments that they’ve been expressing ever since Trump was elected.

CNN contributor Joan Walsh tweeted, “The ‘edginess’ of her routine was well-known, including the abortion joke, was widely known -- so anyone pretending to be surprised is either stupid or lying.”

In reference to Wolf’s joke about Sanders’ eye makeup ("I think she's very resourceful, like she burns facts and then she uses that ash to create a perfect smokey eye. Maybe she's born with it, maybe it's lies"), Teen Vogue writer Lauren Duca tweeted, “Sarah Huckabee Sanders routinely lies to the American people, attacking our shared foundation of truth, and therefore undermining democracy. Write that on your mirror in fucking mascara, fascists.”

Actress Debra Messing wrote to Michelle Wolf, “It is ABSURD. You in NO WAY attacked her LOOKS. You attacked her INTEGRITY which is fair given she lies to the American public constantly.  I think your joke was too sophisticated . People heard ‘Smokey eye’ and that meant appearance attack. Lazy.”

Wolf herself tweeted, “Why are you guys making this about Sarah’s looks? I said she burns facts and uses the ash to create a *perfect* smoky eye. I complimented her eye makeup and her ingenuity of materials.”

When the White House Correspondents’ Association (WHCA) issued an apology statement condemning Wolf’s actions that was too much for libs. Andy Lassner, Ellen Degeneres’ executive producer, tweeted a response to the WHCA’s apology, saying, “Sarah Huckabee Sanders is a dangerous propagandist. Shame on you, and your organization, for this embarrassing letter.”

Actor Josh Gad wrote, “The problem w/ the @michelleisawolf outrage is that the same standard isn’t held for the current President of the United States. He says it’s too tough to watch the paralympics & everyone is like “oh you.” His locker room talk of assualting women is just a “joke.” Cuts both ways.”

Comedienne Kathy Griffin, who was at the dinner, unleashed a long tweet thread in defense of Michelle Wolf, saying, “Stop acting like @michelleisawolf showed up at the playground and started making fun of Sarah Sanders in front of her children. Sarah was there representing Trump, on the dais, at an event with a professional comic who was hired to do a roast.”

And personality Rosie O’Donnell threw in her two cents, saying “OH FUCK OFF WHCA - REALLY - U SHOULD THANK HER - FOR SPEAKING TRUTH TO POWER AND TO MORONS.”

Actor Alec Baldwin tweeted, “I’m sure I’m not the first to say it. Give @michelleisawolf a contract TODAY to host/produce the counter programming to WHCD. Taped, live, streaming, Netflix, whatever. Everyone who feels that the WHCD dinner owes Wolf an apology come do the ‘Not WHCD.’ Oh Lord, I can’t wait.”

The irony. Wolf already has a Netflix series, slated to air at the end of May. This is likely just a taste of what’s to come.