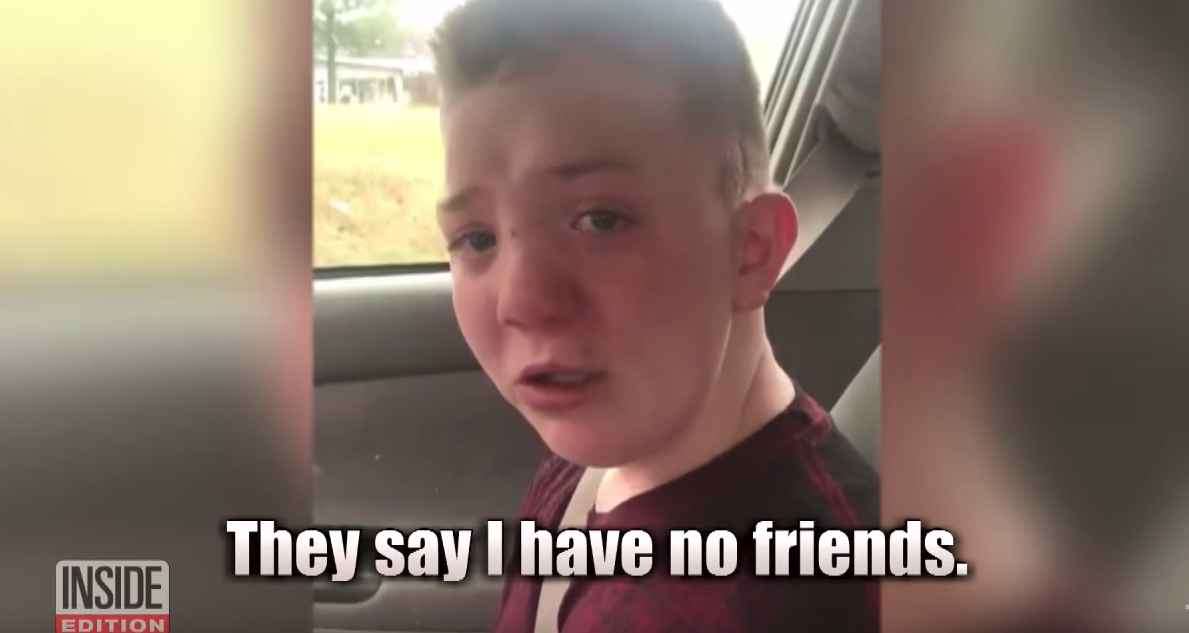 The left has found itself stuck between a rock and a hard place. Bullying is bad, on the one hand, but on the other hand, isn’t it important to stick to the narrative of racism?

When a video of middle school student Keaton Jones addressing his bullies went viral, everyone was sympathetic. It wasn’t until two photos of Keaton’s mother holding a confederate flag was discovered that celebrities and journalists started to turn their backs to little Keaton’s plight. After all, racism is one of the few mortal sins left in the liberal media.

BLM activist Tariq Nasheed posted an image of a screenshot from the mother’s facebook page, saying, “But his mom, Kimberly on the other hand, is a suspected racist who makes very problematic posts bullying Black protesters #TheIrony.”

Orange Is the New Black actress Danielle Brooks tweeted, “I believe that we should END BULLYING and have been following this Keaton story but do your research guys. Reports are showing his mother is money hungry and racist. Don’t give to their gofundme account. It’s not in support of anything positive but to put money in her pocket.”

On the contrary, the GoFundMe accounts that were being donated to in Keaton’s name were neither associated with Keaton’s mother nor with the child in the video. The most popular GoFundMe account linked to Keaton was started by Joseph Lam, who posted on the account, “They just want to be accepted and to be able to learn in a safe enviroment.   Im so glad Kim posted this video of her son.  It shows how bullying can really impact a child.  The video that she posted really touched my heart and felt compelled to help.  This is best way that I knew how.”

Lefty site The Root posted an article on Monday about the social media phenomenon, with the headline, “He Went Viral Because of Bullying, but Keaton Jones’ Mother Just Might Be a Racist Money Grabber.”

The article, written by Yesha Callahan, originally stated, “Before you parade your child on social media, sobbing about being bullied, and then have celebrities rally behind you, you might want to clean up your own racist social media posts. That’s exactly what Keaton Jones’ mother, Kimberly Jones, didn’t do—and now her past Facebook posts are coming back to bite her in her racist ass.”

Callahan also stated that Jones may have called his classmates racial slurs, hence the reason for his being bullied. While no proof was cited for this at all, actress Patricia Arquette took the statement to be gospel truth.

In a tweet threed, she stated, “If #Keaton was making racially bullying statements he and his mom needs to go to the principles office & give an apology to those kids. I hope his mom realizes that people of all races & faiths came to support her son in his suffering she needs to think ofpain they experience. The same football players who take the knee because innocent black kids are shot with no reason came to her sons aid. That while It breaks a mothers heart to see him bullied it kills a mother to see him shot dead for no reason other than his race. If a racist term against blacks was used or normalized at home she needs to come clean about teaching him such a pain inflicting word. And apologize and implore other people to learn how painful that is also.”

In an interview with CBS’ Mark Strassman, Jones and his mother denied harboring any racism at all. Kimberly Jones told Strassman, “I’ve said I spent most of my life being bullied and judged because I wasn’t racist.”

In this whole sordid mess of a story, the real bullies in the liberal media were exposed.