Hollywood Didn’t Want Franken to Resign, Tells Him ‘We Need You!’ 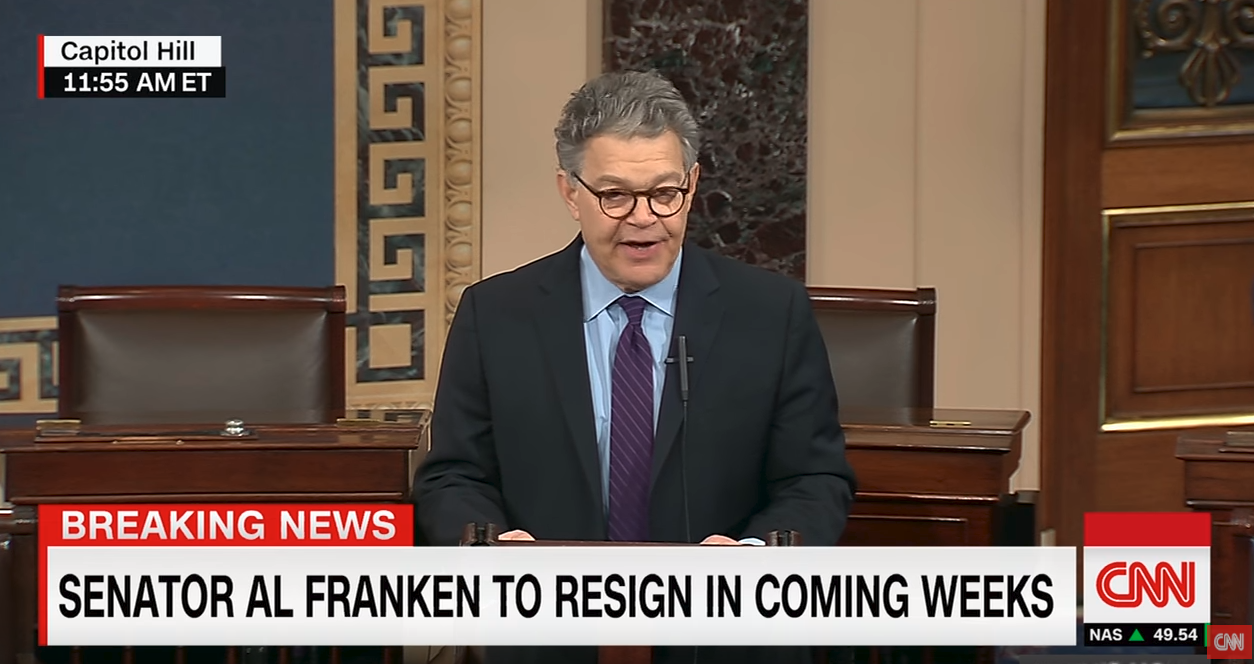 While the world was clamoring for alleged sex harasser Al Franken to resign from the Senate on December 7th, Hollywood was at a loss as to how one of their own could be crashing.

Just hours before Senator Franken told the Senate that he would resign, angry feminist and Trump resistor Rosie O’Donnell tweeted multiple times in support of the senator from Minnesota. The actress tweeted the hashtag #stayAl, and retweeted a Hill story speculating on Franken’s resignation, saying “I HOPE THIS IS FAKE NEWS.”

It was not fake news. Franken resigned, making the bitter statement: “I am leaving while a man who has bragged on tape about his history of sexual assault sits in the Oval Office and a man who repeatedly preyed on young girls campaigns for the Senate with the full support of his party. But this decision is not about me. It's about the people of Minnesota."

Feminist actress Betty Buckley, best known for her work on Broadway, panicked when Franken’s twitter account announced his speech today, replying, “Don’t quit, Sen. Franken! We need you!” This is the same actress that threw a concert to benefit Planned Parenthood in January.

MADtv’s Mo Collins tweeted out: “Thoroughly disparaged by Dems call for his resignation w/o the same standard of ethics directed toward @realDonaldTrump et al.”

Yesterday, comedian Tom Arnold tweeted that Leeann Tweeden’s story was coached and staged by her coworkers, saying:  “I’m disappointed with my friend Leeann Tweedon. Her partner at KABC John Phillips is a Roger Stone pal & they coached her for weeks to bring Al Franken down. I’d hoped she’d use her voice to speak out for all women again predators like Roy Moore & Donald Trump but she’s a birther.” Almost as if Franken was the victim of a conspiracy theory.

Actress Maggie Gyllenhaal posted before Franken announced his resignation, “If @alfranken is going to resign tomorrow, I think he should do it on the condition that there are congressional hearings about @realDonaldTrump ‘s sexual misconduct allegations.”

John Cusack took the sentiment a little farther, arguing that it was the purpose of the Democrat Party to force Trump to resign from office: “Dem leadership  should  call for Trump to resign or they should resign -   Every day.”