Rob Reiner: Trump Is A ‘Bowel Movement’ to ‘American Public’

Meathead has returned again (does he ever really go away?) to tell the people all about President Trump.

As part of his major interview tour to raise publicity for his new film, LBJ, director Rob Reiner made an appearance on November 14 on The Jim Jefferies Show on Comedy Central to add two more cents to his stance on Trump, All in the Family, and sex harassment scandals. As if people needed to know more than what he’s already said. 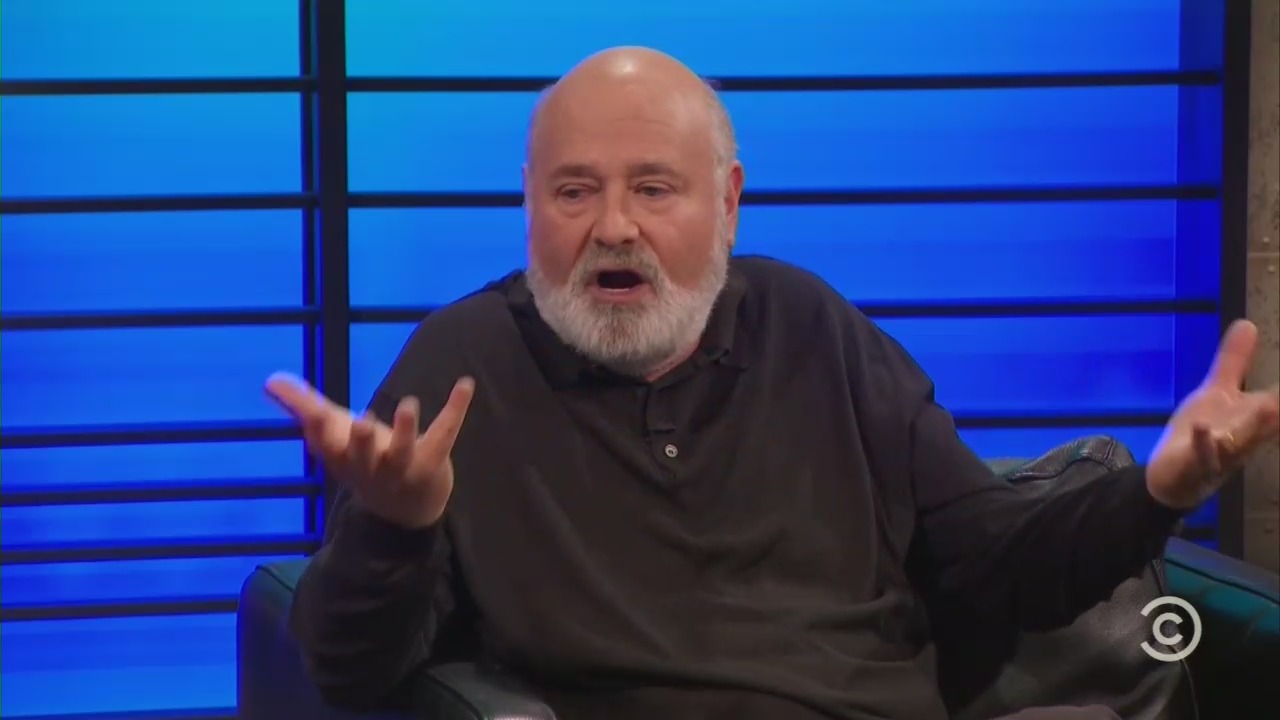 The outspoken lib really tried to sell his newly-found love for former President Lyndon B. Johnson, but then took a left turn and joined Jefferies in smearing the current president. Reiner called Trump the “metaphorical bowel movement in front of the American public,” while Jefferies said, “I’m just saying the new president’s a shit.”

Reiner continued went on a rant:

I mean we’ve got a man who has -- forget the fact that he’s a liar and that he’s a narcissist and that he’s a … you know, all of that stuff, this man has no understanding of how government works, and has no interest to find out. Lyndon Johnson was a consummate legislator, this guy knew the nexus between government, politics and policy, and how it all worked. That’s how you move an agenda forward. This guy, for a year, he hasn’t done one thing. He hasn’t passed one significant piece of legislation.

In addition to the stale talking points about Trump, Reiner brought up All in the Family, and how Archie Bunker, the conservative caricature from the show, would react today.

“I think Archie would have voted for Trump,” he told Jefferies. “Those people who are liberal would see Archie as a liberal buffoon, but the people who loved Archie agreed with him! The difference between Archie and Trump was that Archie was empathetic. This man has no empathy at all, he only cares about himself.”

When it came to talking about sexual harassment allegations in Hollywood, Reiner (who previously stated that he had no idea Harvey Weinstein was victimizing so many women) told Jefferies: “I’ve never exposed myself in front of a woman, unless it was in the privacy of home and everybody wanted to. They all wanted to.”

But instead of focusing on Hollywood, Reiner brought the conversation around full-circle to Trump.

“So you got a president of the United States who acknowledged verbally that he sexually assaults women, and he got elected anyway,” he bashed. “So a woman has no recourse, there's no avenue, and it's going to be up to us men to basically be supportive and help women. Because women on their own even really are at a tremendous disadvantage.”