Rosie O’Donnell Admits: ‘I Spend 90% Of My Hours Tweeting Hatred’ At Trump

Rosie O’Donnell’s best route to getting publicity is by bashing Trump. But late night talk shows can’t wait to hear her rant and rave.

So when she came on Late Night With Seth Meyers taped November 2 (and aired November 3) to promote her new show, she steered the conversation away from herself and onto talking about President Trump, skillfully. Rosie told Meyers, “You see, I’m a little edgy. I spend like pretty much 90% of my waking hours tweeting hatred towards this administration.” And of course, Seth Meyers played into it. 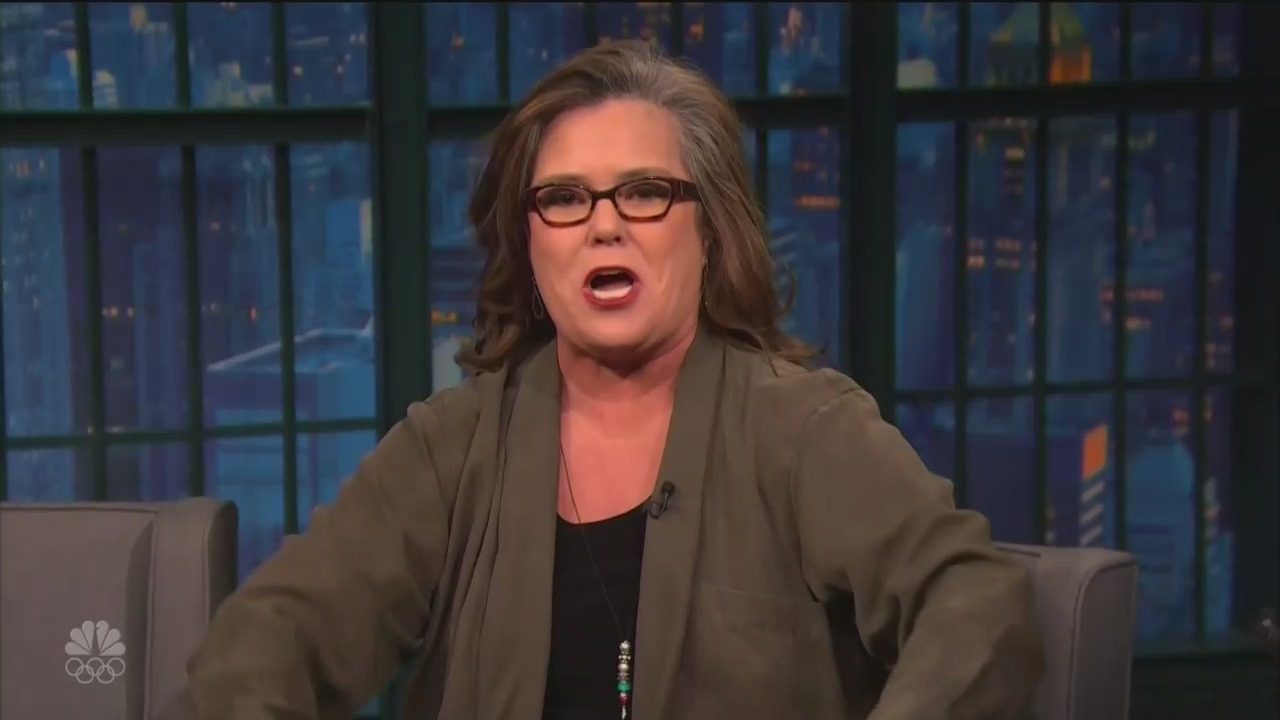 After she mentioned the Trump administration, he said, “I want to ask you about this because that is a two-way street, because Donald Trump has been mad at you for a very long time.” Thus began an angry, teeth-clenched narrative of how Rosie O’Donnell called Trump out on The View years ago: “So then I said, you know, some facts that I just went on Wiki, that were easily accessible, since this campaign began, that he is bankrupt four times, that he got all his money from his father, and that he notoriously cheats private contractors out of their money.”

O’Donnell really put her mental state on display when she described her phone call to her therapist the night of the election. She said she called her therapist and said, “ That night, I was like listen you wench, I am here and I have NO XANAX!” O’Donnell literally screamed the last two words on air.

But still, O’Donnell’s not the crazy one. Trump is. According to her, O’Donnell’s accusations on The View made Trump “batshit crazy.” Meyers replied, “And uh, he stayed that way.”

O’Donnell also shared her plans to get a “Bob Mueller tattoo….right over my heart.” She launched into a song of praise about Mueller and his indictment of Manafort, saying, Mueller “ looks to me like Superman. Like Captain America, like justice has finally arrived back on our shores and we are going to right ourselves again!” Meyers told Rosie she should serve Trump indictment papers, to which O’Donnell replied, “I have put in that request by tweet.”

O’Donnell’s twitter feed is full of the sort of insane material that can’t be taken seriously. She tweeted in May that “desperate times call for desperate measures,” and hinted that if Trump was impeached then somehow Merrick Garland would be put in the Supreme Court.