Seinfeld Actor: ‘People Get Viscerally Angry At Me’ for Supporting Trump

It’s rare to find a conservative in Hollywood. It’s even more rare to find one that isn’t completely shunned for their beliefs.

Actor John O’Hurley (Seinfeld) made a guest appearance on Fox and Friends on October 19 to promote his film, Swing Away, but also to talk about supporting Trump, NFL protests, and liberal Hollywood reacting to Harvey Weinstein. 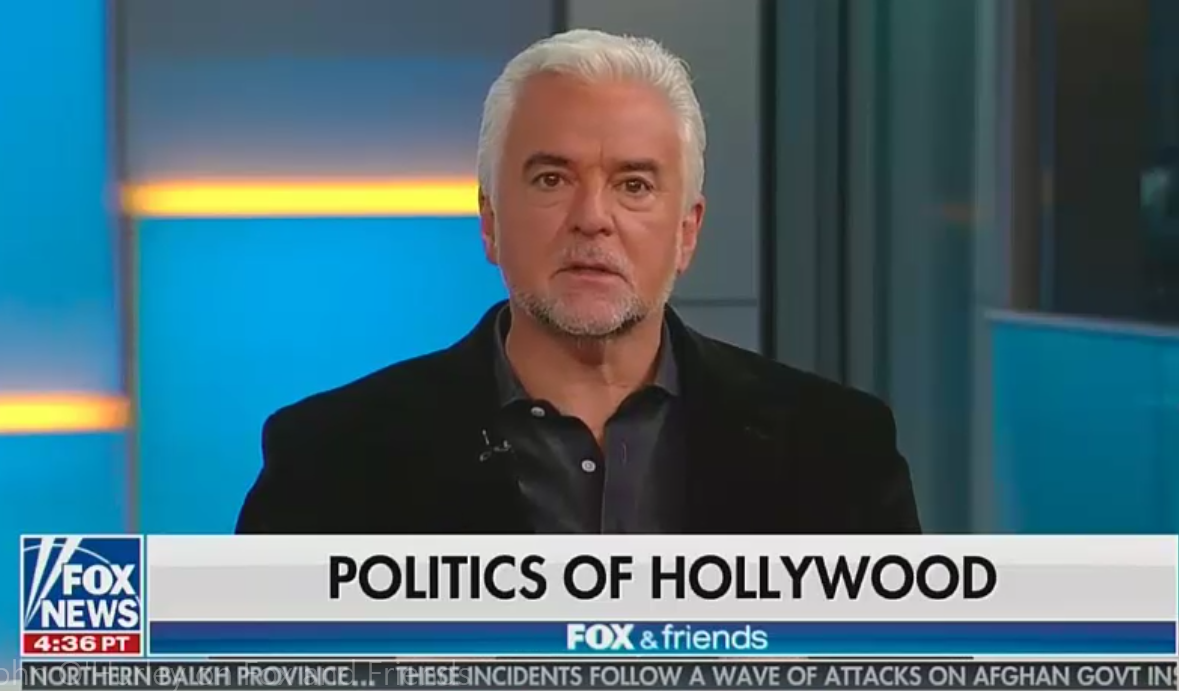 When asked about the NFL protests, he said,

“I think it’s ridiculous. I go to the NFL for escapism. I don’t want to be slapped in the face for someone’s political views. It’s a way to get away, and I don’t believe that under the employment and they are being employed at the time, so it’s not their constitutionally protected right to do that in the area of employment. I have no more right to stand up in the middle of a Broadway show and announce my political views.

Steve Doocy: Well, you could, but you just wouldn’t work the next day.

O’Hurley: “And they would be right to can my little butt. And I kind of feel the same way about this NFL thing.”

When Brian Kilmeade mentioned the cast of the Broadway show Hamilton protesting when Pence went to see the show, O’Hurley replied,

“You know they did that and frankly I was embarrassed for my profession because I don’t think we should be pontificating from the stage. I don’t believe it. I wouldn’t do it, and I wouldn’t allow it with my cast.

Ainsley Earhardt: What about your Hollywood friends? They probably don’t agree with you.

O’Hurley: Gosh, you know, every time I have mentioned that I supported Trump in this election, I -- I mean, people get viscerally angry at me. And they don’t believe that its possible that someone might think differently than they do.

Kilmeade: Do you have friends that say, he is not my president?

Kilmeade: How about I make it easier. Do you have any that don’t say he is not my president?

O’Hurley: It’s a very small--no there is a band of conservatism in Hollywood. But it’s -- it leans so much to one side that it doesn’t allow for free discussion. Now, fortunately, I have a dear friend of mine, Bryan Cranston, who is one of the sweetest men in the business.”

When Steve Doocy mentioned Chelsea Handler leaving the industry to focus on liberal activism, O’Hurley said, “You know, we have gotten away from -- never in the history of entertainment were actors considered moral barometers. I mean, you go back to the days of the 40’s and the 50’s and nobody talked about politics back then. But now all of a sudden we feel as though we have the mantel of moral behavior from Hollywood.” In reference to Harvey Weinstein’s scandal and what it means for Hollywood, O’Hurley also stated, “ And as we have seen in a couple of weeks it may be time for us to weed our own garden.”