Russia gets a lot of attention in the media. Not because it’s super-important, but because the media can’t wait to validate their obsession with it, and in the meantime, it’s a handy club to beat Donald Trump with.

Aged Hollywood lefty Rob Reiner recently announced that he is joining a new group, the Committee to Investigate Russia, to “highlight what is known about the Russian threat to interfere with American elections and other institutions.” Meathead is on the case -- that should scare Putin. 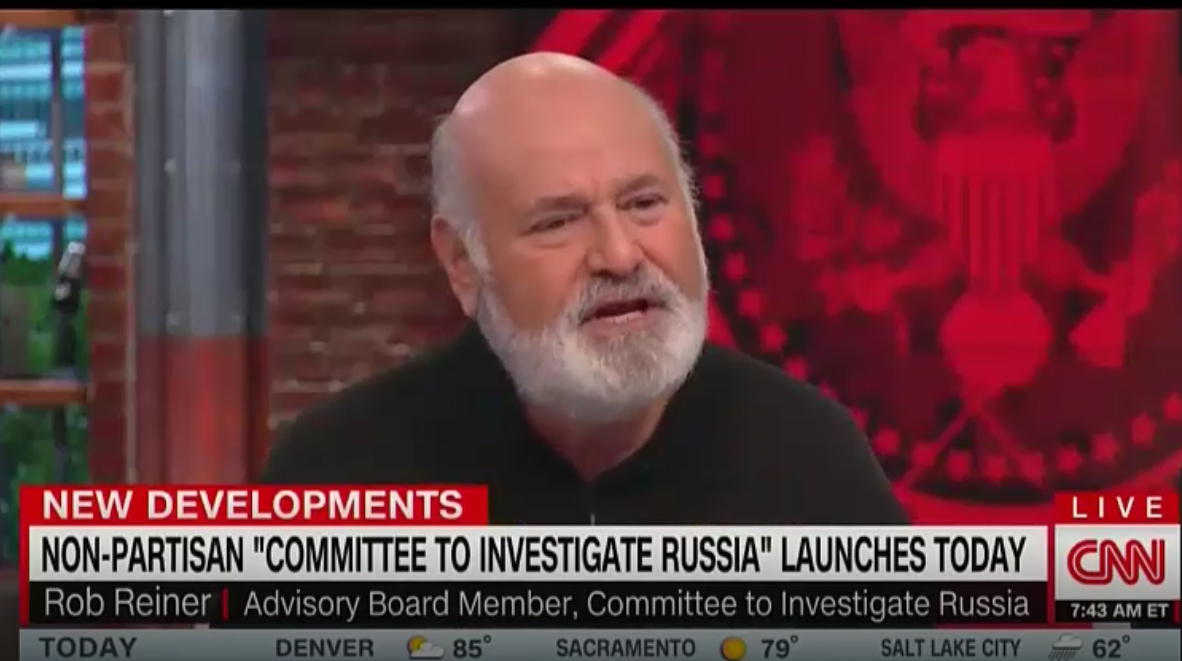 While Reiner claims the group is “nonpartisan” and apolitical, it’s essentially an effort to keep  alive the suspicion that the Russians hacked into the 2016 election to ensure Trump’s win. That, of course, keeps alive doubts about the legitimacy of the Trump administration. Clever, but not subtle; Reiner argued that in fact, the Russians hacking the election was “conceivably way worse” than an atom bomb.

“They’ve attacked us,” he said. “They’re trying to undermine our democracy. And for some reason, we’re not understanding the gravity of this. And I think a big part of that is because the president of the United States is not saying in the oval office, my fellow Americans, we’ve been attacked. And so I started reaching out to people who are patriots and not necessarily my political stripe to say we’re all together in this. Our country is attacked. Democracy is on the brink. If we’re going to survive, we need to come together as Americans and understand what happened.”

Host Chris Cuomo then played a clip from the video put out by the committee, calling Morgan Freeman was “the voice of God.”

Reiner went on to say that the Russians were responsible for the American public discrediting CNN as “fake news.” He told Cuomo, “They have disrupted not only the election but they continue to spread, and they’re going to look at this and say well that’s fake news!  They have successfully made you, the American media and journalism fake news. A lot of people discount CNN.” (Shocking, but true.)

After this, Reiner finished his statement with the apocalyptic analysis: “Make no mistake about it. If there was an atom bomb dropped on us, we would pay attention. What has happened is conceivably way worse than that. Because its not just disrupting the election.”

In the video, Morgan Freeman tells the viewers that “America has been attacked.” He also said that “we are at war.”