In Minnesota, around 5000 people signed a petition to replace a statue of Columbus with a statue of the late singer Prince. Their reasoning? “Prince represents Minnesota values and Columbus does not.” According to Inquisitr, who gave an interview to the petition-starter, Wintana Melekin. Melekin “explained that the statue of Christopher Columbus is a symbol of white supremacy.” 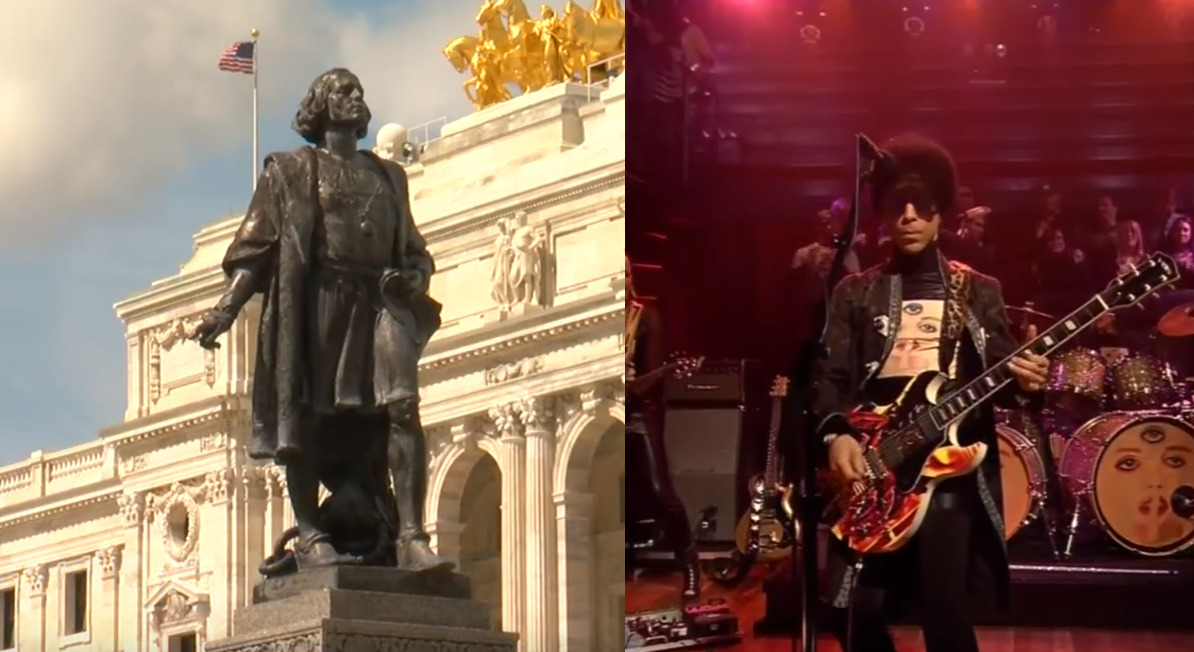 Melekin told Inquisitr, “The replacement of Columbus is about the deep history of white supremacy and colonialism in the United States and the need for Minnesota to lead the country in this moment.”

She then ended her statement with, “Plus we all know Prince is a genius and who wouldn’t pick him over Columbus anyway.” That’s extremely logical.

Billboard gave the story this lede: “To replace Confederate and controversial monuments representing figures who have harmed people of color throughout American history, many are requesting celebrity statues to be built in their place.” In Portsmouth, Virginia, a similar group has petitioned for a Confederate statue to be replaced with “hip-hop queen” Missy Elliot. (The issue is, a statue should be replaced with someone who is at least well known.)