Kathy Griffin is done apologizing for the photo of her holding Trump’s head. Now she’s ready to make money again with her new show, “Laugh Your Head Off.”

It was the scandal of the summer when Kathy Griffin released a photo of herself holding what appeared to be President Donald Trump’s severed, bleeding head. In the commotion afterwards, while both liberals and conservatives criticized her, Griffin lawyered up and called herself a victim, saying Trump “broke” her. 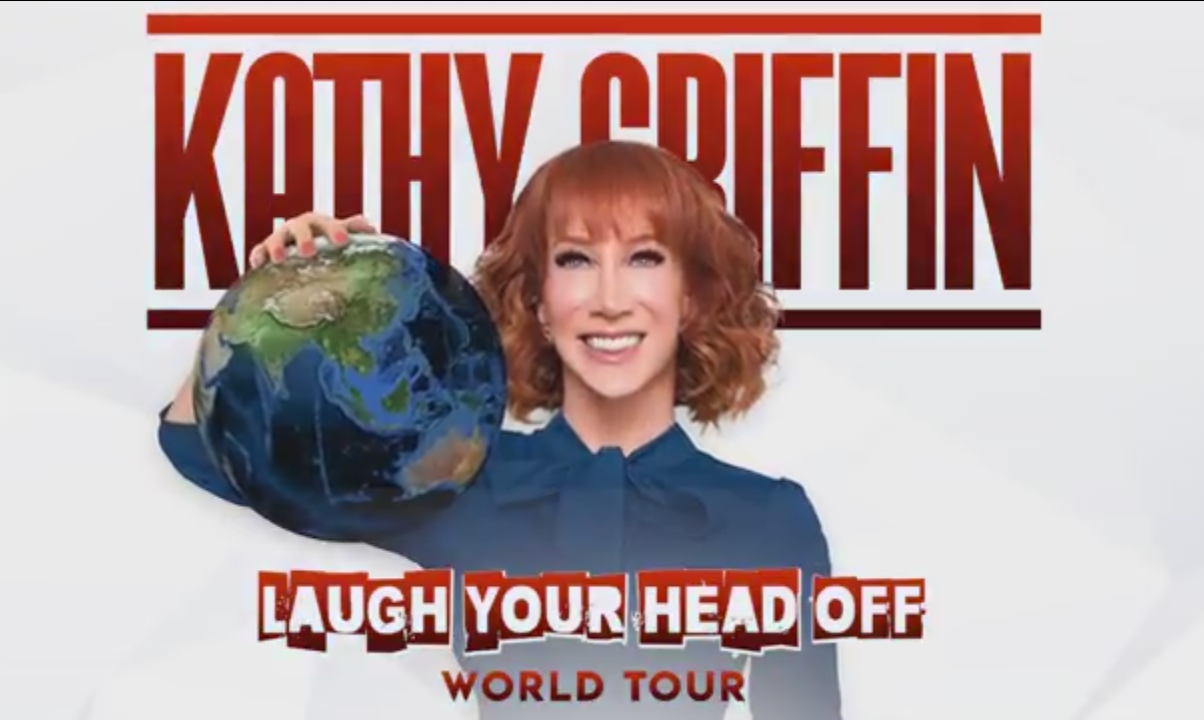 But she’s not giving up on trying to break Trump in public.

Now, in story written by New York magazine contributor Yashar Ali, Griffin stated, “I would be abandoning my principles as a comic and a human being if I backed off President Trump or any public person.”

“Comics by their nature are anti-Establishment,” she argued in the story published Sunday. “They are charged with the unenviable task of going after people in power. I will never abdicate that responsibility.”

She even admitted to Ali that she was not, in fact, a victim, changing her tune from June. Instead, she confessed she has “a position of privilege” that hasn’t disappeared. Surprisingly, her net worth is still $20 million. And she’s going on a comedy tour in Europe and Australia, titled “Laugh Your Head Off.”

The ad for her new tour ends with an image of her controversial photo, but instead of Trump’s head, she’s holding the globe.

Still, her biggest issue, as she told Ali, wasn’t her attempt to revive her career. No. This is more than personal to the self-sacrificing Griffin. “What about any American citizen, whether they’re artists or not, who innocently post a shocking photo on social media -- will they face a federal investigation?” she asked.

One can only hope that people who post photos of themselves holding bleeding heads in an ISIS-like fashion will be subject to investigation.

Griffin made it clear she won’t do any more apologizing after her Twitter video. She’s no longer friends with CNN anchor Anderson Cooper over the debacle, and she ignored the advice of the networks that called for a public apology to be released, or even go on an apology tour. Instead, her new act “will feature plenty of Trump jokes.” She’s still learned absolutely nothing.

Yashar Ali, who is currently being sued for $50 million by Fox News for defamation, made sure to put some vicious jabs at both Fox News and conservatives in his piece. He even inserted a joke about her “beloved Fox News-loving mother,” who teased her daughter that she wouldn’t support her. (Her mother has been very supportive.)

He also interviewed supposed Republican strategist Rick Wilson, a political consultant for CNN, who stated that Griffin must go back to her career.

“The way Trump wins is if he shuts people up permanently and scares them off from being vocal critics,” he insisted. “She has to go back to war.”