It must be really hard for some people when they don’t like their job. Take Alec Baldwin. He’s “mortified” that he has to impersonate Donald Trump. (After all, he absolutely has to!) 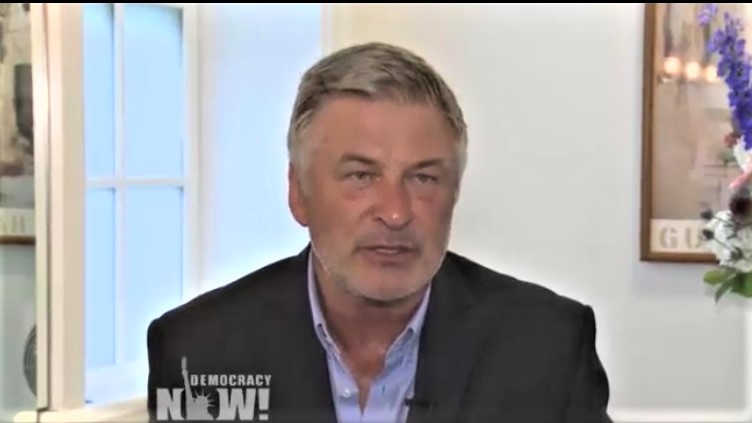 On August 23, the actor who impersonates Donald Trump on Saturday Night Live sat down in an interview with radical-left Pacifica Radio host Amy Goodman of Democracy Now! They discussed the rumor that Rosie O’Donnell was going to play former White House Chief Strategist Steve Bannon on the show, they discussed environmental issues, and Baldwin mentioned that he “certainly has considered” running for public office.

Goodman asked him, “Does this role that you’re playing...does it make you want to run more or less for office?” The actor responded with, “Well I certainly have considered that.” After he accused Republicans of “co-opting the concept that they are the more commonsense party,” Baldwin defended his idea of running: “My feeling is that we need to return to more common sense policies of this country … like let’s stop subsidizing fossil fuels.”

He wanted to end the coal industry, by “going up to people in the coal industry and say I got a job for you. It’s not in coal. Coal is dead and you’re all out of a job in coal. I want to turn parts of Kentucky and parts of West Virginia into the renewable energy universities of the world.”

Because impersonating a politician is about the same as being one, right? (Same with being a doctor.) But Baldwin is so in tune with environmental issues that of course he’d make a perfect candidate for … whatever position he wanted. Also what exactly does he mean by renewable energy universities?

Baldwin shared his thoughts on the election and how his character wasn’t supposed to last on SNL because “we all assumed [Trump] wouldn’t win.” So when the election took place, Baldwin was “mortified … knowing that I would, in all likelihood, have to continue this routine.”

The actor shared other tidbits, including that Rosie O’Donnell was one of the suggested actors to play Steve Bannon on Saturday Night Live. He “would have loved to have seen Rosie’s version of Bannon.” SNL chose to have Bannon played by Death instead.

Baldwin also shared that he “buys” what Carl Bernstein on CNN says, that “Trump is being unfit for office and requires a psychiatric and medical examination in order to carry on.” He also stated that he was positive that “Mueller is going to come up with an indictment” and this will make Baldwin “more than happy to be put out of a job.” The job that’s contributed to his net worth of $65 million.

Not to mention, his foundation, the Alec Baldwin Foundation, has donated to the Southern Poverty Law Center (SPLC), the organization that targets such mainstream groups as the Alliance Defending Freedom and the Family Research Council as “hate groups.”