Is Game of Thrones an allegory for climate change? Apparently this has been an ongoing topic for debate amongst liberals. They think Yara Greyjoy is Hillary Clinton.

Vanity Fair’s latest hit at the topic compares the characters of the popular fantasy realm to the main players in the climate change fantasy realm …, er, debate. And its hero worship of liberals is out of control. 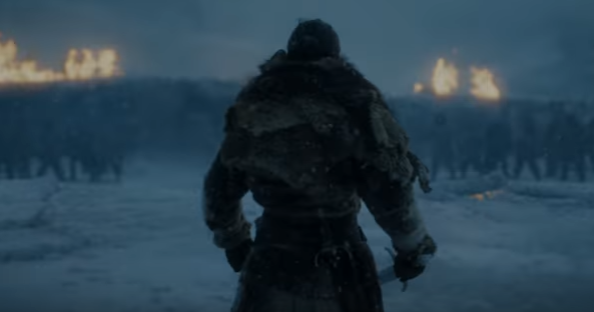 The article quoted Michael Mann, “professor of atmospheric science at Penn State and a climate activist,” who said that it was important to stay relevant in pop culture. Specifically, the movement needs to “take advantage of cultural references that allow people to understand the nature of the challenge.”

While climate change itself is termed “the white walkers,” the monsters in the fantasy stories, the climate change scientists are compared to Samwell Tarly, who accidentally killed a monster. Leonardo DiCaprio is Tyrion Lannister, the “party boy womanizer who has this moral center and has a lot of money.” Personally, one wonders if they read what happens to Tyrion in the books.

German prime minister Angela Merkel is compared to Daenerys Targaryen, the mother of the dragons. Mainly because she is called the “Climate Chancellor” and because she “confronted Trump” about the Paris accord. That’s a bit of a stretch.

The best comparison of all comes from Katharine Davis Reich, associate director at the UCLA IoES Center for Climate Science. She told Vanity Fair that the character of Yara Greyjoy is equivalent to Hillary Clinton. Why? “The feminist ass-kicker from the Iron Islands is definitely Hillary Clinton.” Even though the article itself admits, neither woman has done much for climate change, either in allegory or in reality.

As for Jon Snow? James Salzman, professor of environmental law, briefly considered Al Gore but saved himself and everyone else the embarrassment and named Michael Mann, that professor from Penn State and a self-proclaimed activist, the hero of this story.

If this is a serious movement that wants to be taken seriously, why are these scientists and reporters wasting time comparing themselves to fantasy characters? Better still, why are they publishing these comparisons?