Liberal Celeb Amy Poehler: 2017 With Trump Is a 'Nightmare' 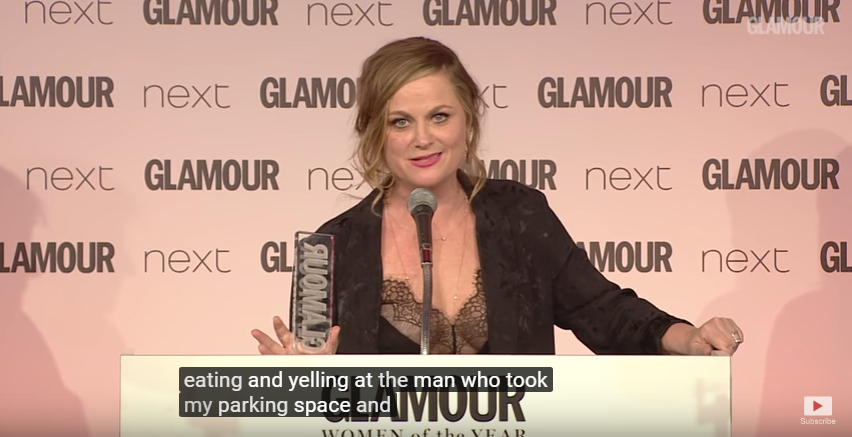 While most celebs are focusing on the Comey hearing, comedian Amy Poehler is still upset that Trump won. Five months after the election.

In her acceptance speech at the Women of the Year Awards, hosted by Glamour magazine, Poehler mentioned that the United States this year “was all about undeserved wins.” Her reference to Trump was inevitable and unmistakeable as she launched into an imitation of the POTUS at the ceremony that took place in the U.K. last night.

The Clinton supporter and avid campaigner mentioned that “this year . . .  it’s been a nightmare.” She then told the audience, “I spent the beginning of this year just rage crying.” Dealing with Clinton’s loss must have been quite a tragedy for the former SNL star, who played Hilary in many skits before she left the show.

Encouraged by the audience’s enthusiastic response to what seemed like the beginning of a Trump bash, Poehler went on to mock the POTUS, saying in a mock male voice, “Nobody respects glamorous women like I do . . . there’s so many tens in the room tonight.”

She also poked fun at the president’s recent tweets to the mayor of London regarding the recent terror attacks. Poehler chuckled and said, “Your mayor says there’s no reason to be alarmed. You should be alarmed. This room is on fire.” Terrorism is just one big joke to her, naturally.

She then tried to make her comments sound better by adding, “Everyone’s fine. London is fine. You don’t need to pray for them.” Right, because when some place undergoes bombs and issues there really is no problem at all.

The actress made an attempt to end her speech on a high note, by saying that “I’m tired of being tired, angry and defeated.” She planned on finding some hope for the summer. Maybe in the Comey hearing? For someone who is so angry, she seemed to think the tide will turn for her.

Glamour writer Rebecca Fearn heralded this speech as that of a “legend.”