Liberals think the meanest thing they can do is to accuse people of behaving like Trump. Their latest victim? Steven Morrissey, lead man for The Smiths.

In a May 24 review of a Facebook comment by Morrissey about the recent terror attack on Manchester, Gabriel Bell blasted  the musician, calling his comment a “scolding, highly inappropriate, racially insensitive, needlessly anti-Monarchical hot take on it.” 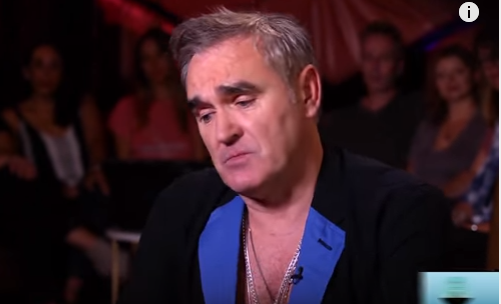 Morrissey’s comment started with “Celebrating my birthday in Manchester as news of the Manchester Arena bomb broke. The anger is monumental. For what reason will this ever stop?”

Bell decided to ignore that rhetorical question on the bottom and skips to what he would like to think are the hard facts. “True to form, [Morrissey] began centered on him,” Bell admonished, and compared the long rant to the short, shallow expressions of sympathy offered by other celebritiess. By placing the quotes out of context, Bell made it look like Morrissey was angry that the Manchester news is detracting from the hype that should have been about his birthday.

The actual quote made it seem like Morrissey is angry that the Manchester attacks happened because “the people have no. .. protections.” Which was a more sympathetic gesture than an empty sentence about solidarity.

While absolutely nowhere in the Facebook post is there a reference to Trump, or the United States, Bell starts another paragraph by describing the post as a “distinctly Trumpian take on what went wrong.” Morrissey’s opinions on political correctness and immigration, as well his implied opinion on terrorism, bear a resemblance to the opinions held by Trump, it's true. But it's also amusing that a liberal writer’s worst insult is that somebody sounds like Trump. That’s quite a burn.

It got better. Morrissey ended his post with a comment, “In modern Britain everyone seems petrified to officially say what we all say in private.” Neither Trump nor the United States are mentioned here. However, Bell called this a statement that “channels Trump’s longstanding war against the political correctness that he feels is one of America’s greatest issues.” Apparently being concerned about terrorism automatically makes you Trumpian.

And it didn’t end there. Bell ended his rant based on extreme misconceptions with this charming bit of homespun wisdom: Morrissey’s post “assumes that we all say in private what Morrissey, who has a very unique mind, thinks. We don’t.” Bell criticized Morrissey for making assumptions about what the public thinks, but in an ironic twist, assumed that no one agreed with Morrissey.

Bell then ended his story calling Morrissey’s rant “a frustrating moment.” The liberal left is dismayed and frustrated by actual concerns about terror. Be careful. You may be called Trumpian.