Infamous ambush documentary filmmaker and left-wing political hack Michael Moore has been secretly producing a film for the past six years. Filled with anti-American, anti-military propaganda, Where to Invade Next is scheduled to premiere at the Toronto Film Festival in September.

Though most of the details are being kept secret, Moore took to Periscope (a live-streaming Twitter subsidiary) to give fans a flavor of the movie’s content. 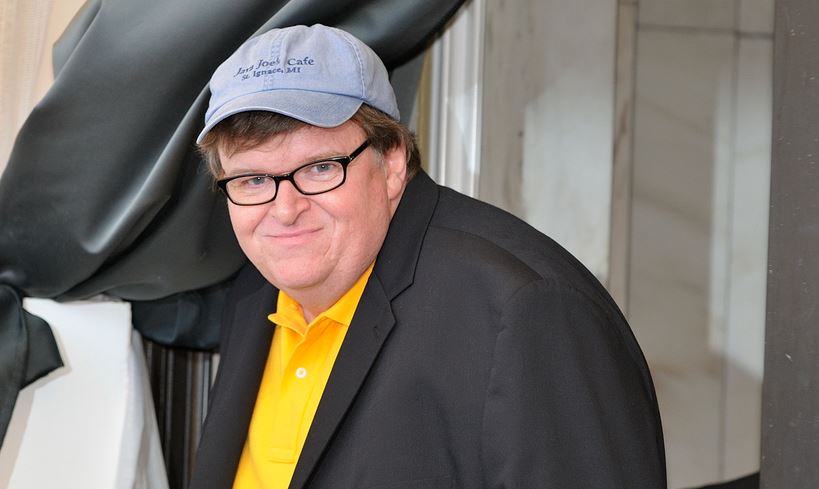 He explained, “The issue of the United States at infinite war is something that has concerned me for quite some time, and provides the necessary satire for this film.” To Moore, the US’s current military involvements are completely gratuitous and unprovoked.

Moore is no stranger to anti-American sentiments and is a strong opponent of war in pretty much every circumstance. Just earlier this year, he called snipers “cowards” after the release of “American Sniper” and referred to Iraqis who shot at U.S. soldiers as “brave.”

His movie centers around and decries “this constant need to always have to have an enemy … so we can keep our whole military-industrial complex alive and keep the companies that make a lot of money from this in business.”

So Moore is complaining about military contractors who help defend the country, but he has no problem hauling in ‘a lot of money’ with his anti-American garbage (according to Celebrity Net Worth, Moore is worth $50 million).

But don’t worry, Moore’s radical anti-war stance isn’t the only consideration in his latest movie. According to the Guardian, Moore claimed that, “People want to go home and have sex after your movie. Don’t make them feel ‘Urggggghhhh’. Don’t do that to your fellow sexually active people.”

Hear that? A consideration in a renowned documentarian’s film is keeping the movie sexy.

Moore should be happy that he has those ‘cowards’ to protect him, because the people on the other side don’t believe in the free speech that’s allowed Moore to make his millions.