In a Huffington Post article, Gay and Lesbian Advocates and Defenders (GLAD) executive director Janson Wu preached, “One of the fundamental reasons why people are prejudiced against gay people is because they are uncomfortable with the idea of two people of the same sex having sex.” How do we reform this? By normalizing gay sex and sharing it with children, of course. 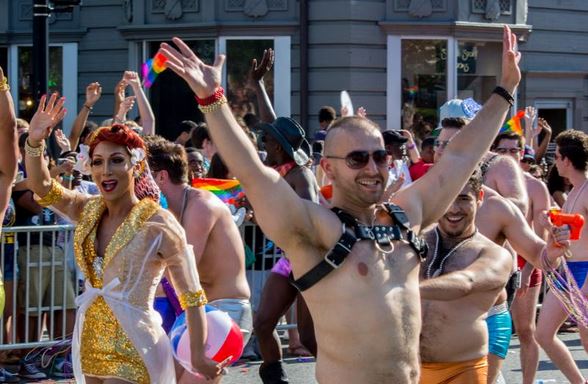 Wu explained the problem that any gay-marriage opponent has: “Even something as simple as two men holding hands creates discomfort for 47 percent of Americans, as a recent poll has shown. And clearly, sex is what horrifies our most adamant opponents the most.” Yep. In-your-face, non-productive, unnatural sex is a little bit off-putting. That and the moral bankruptcy of pretending two men can be “married.”

Wu went on to decry “schools refusing even to allow GSAs (gay-straight alliances) because of the belief that such clubs promote discussions about sex.” But is it really a far reach to say that a school club based entirely on sex and attraction would be prone to sex discussions?

What Wu is really on about is the insufficiency of gay propaganda in schools. If you can remove the yuck-factor from gay sex by couching it in clinical “educational” language, the thinking goes, you can erase the differences between straight and gay.