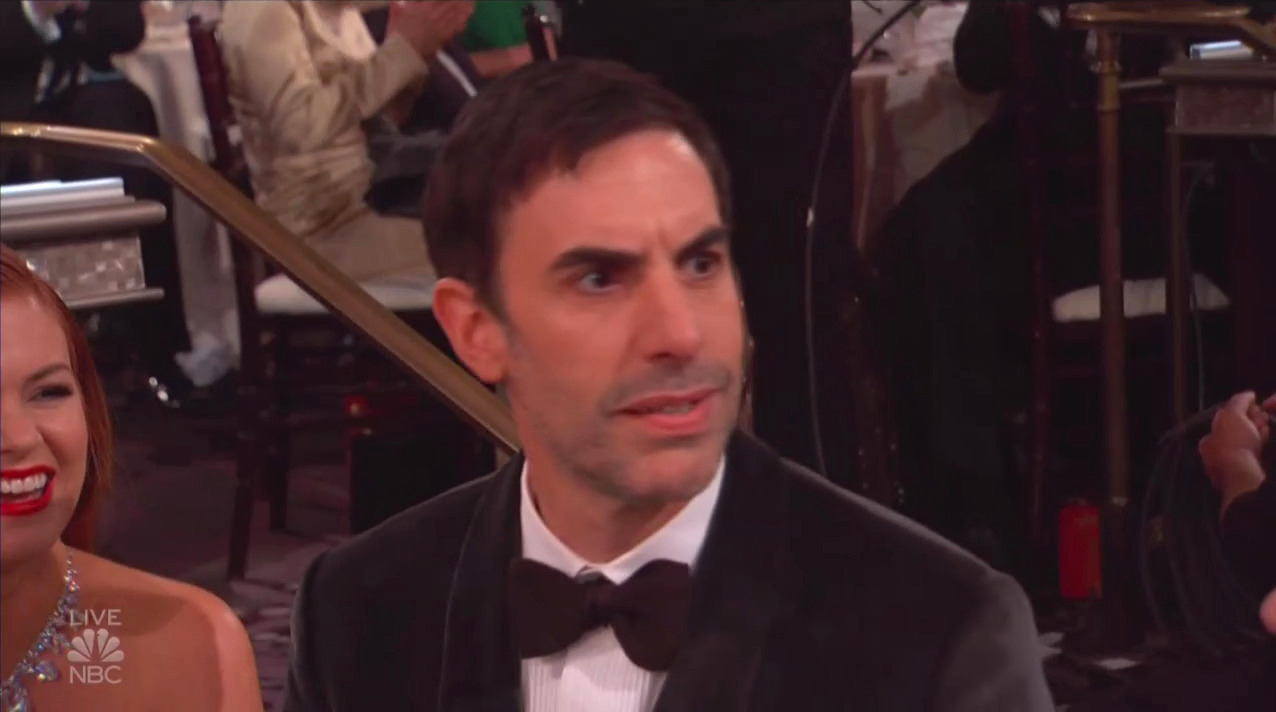 How dark are things in Trump’s America? So bad that left-wing comedian Sacha Baron Cohen told Variety, “[W]e are past that point” where politics is no longer funny and “there is a danger” to not taking things seriously. “I think you need people to remain repulsed,” he said, urging them to keep up “their passion, and bring it to the voting booth.”

Speaking at an Emmys For Your Consideration event for his 2018 Showtime series Who Is America?, a prank comedy that targeted Republicans for mockery, Baron Cohen said it was the president’s so-called Muslim travel ban in 2017 that inspired him to create the show. “I felt very, very upset about that,” he said. “And it was basically for me to just get this anger out of my system and so I should really credit Donald Trump as the creator of the show.”

Because what screams "comedy" better than anger and rage, right?

“Well, firstly, it’s a comedy show. And that was the primary aim, but I was driven to do it because of an anger and upset with what’s going on in America at the moment,” Baron Cohen explained. “And I think a lot of people express their rage and upset at the potential dissolution of American institutions in different ways. I do it by putting on a silicone mask for five hours in the morning and going and interviewing various white politicians. So it was something that I felt I needed to do to shine a light on what’s going on out there and to have some people expose themselves literally, quite literally in the case of Jason Spencer.”

Former Georgia State Rep. Jason Spencer resigned a few days after an episode featuring him aired last July that saw him shouting the N-word and bearing his buttocks in a supposed training exercise on how to fend off terrorists. Baron Cohen thought the fact that Spencer did not resign immediately the night of the episode was a sign of how terrible today’s politics have become. It “would have been enough to make somebody resign in the past,” he said. “However, he refused to resign [for a period of time], which I think is an indication of what’s going on at the moment and of the sort of level of acceptance of political misbehavior.”

I’m sure this was an attempted dig at Trump and Republicans despite it being a more appropriate commentary on what’s going on with Democrats in Virginia, with the Democrat Governor, Lt. Governor and Attorney General each refusing to resign over a racist yearbook photo, sexual assault allegations, and wearing blackface in college, respectively.

Baron Cohen claims he can’t make this kind of show again because he wouldn’t be able to get past any publicists now, but wishes he could, especially when it comes to states like Alabama signing new pro-life bills. He told The Hollywood Reporter, "When something like what happens today and something as reprehensible as that occurs, there is a part of me that wishes that I was undercover and interviewing the men who were passing that bill."

Too bad Baron Cohen isn’t an equal opportunity jokester. With Virginia Gov. Ralph Northam almost doing the moonwalk in a press conference, one can only imagine the hilarity that would ensue if he was left alone with someone like a fair-minded Baron Cohen.

Alas, it is only Republicans who ever become the butt (sometimes literally) of any Hollywood joke.