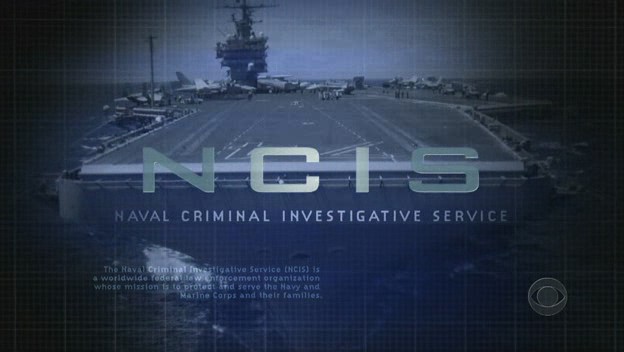 Tuesday night’s episode of CBS’s NCIS, "Home of the Brave," wasn't very brave with its special illegal immigration subplot. In fact, they took the easy way out by creating perhaps the most sympathetic character imaginable to make their point on deportation.

Victor Medina is a decorated Marine who was brought to this country legally as a baby, natch – they even have him say the cliché, “I haven't been to Mexico since I was a baby, I don't even speak Spanish.” Medina lost his green card after being sent to prison for a bar fight in which he was honorably defending a woman from her drunk boyfriend, but the woman lied to police to protect her abuser. The only thing missing from this sob story is a pregnant wife and a bunch of little kids for him to be pried away from, but don't worry, we get to meet his wonderful, patriotic mother.

Medina should have been deported after prison but “government agencies don't always communicate as effectively as we'd like,” and he fell through the cracks. Now, 10 years later, he is back on ICE’s radar because NCIS put out a BOLO on him when he fled a murder scene. Of course, he only fled to escape ICE after heroically attempting to revive the victim with CPR and chase down the killer. Despite all this, Officer Baldwin, the ill-humored ICE agent sent to take him away, coldly intones, "Victor Medina has squandered his right be in this country. I'm here to deport him."

Baldwin: Victor Medina was born in Mexico. One year later, his parents moved the family here, legally. Father passed away. Mother continues to live here on a green card.

Gibbs: Medina needed a green card to join the Marines.

Baldwin: Well, he had one. But, 2006, he got out of the corps, committed a crime, became deportable.

Quinn: For getting in a bar fight?

Quinn: Well, then tell me, sir, why didn't you deport him then?

Baldwin: Government agencies don't always communicate as effectively as we'd like. Your BOLO put him back on our radar.

Quinn: Tell you what, this makes zero sense. Kid signs up to protect this country but doesn't apply for citizenship?

Baldwin: Well, back when Medina joined, a lot of guys thought citizenship was automatic once they took their oath of enlistment. These days, the military makes a point of encouraging them to apply, but...

Gibbs: Cases fall through the cracks. Because nobody is perfect, right?

Quinn: Officer Baldwin, we've cleared Medina of this murder. He was on the ground in Afghanistan in a United States uniform, for God's sake.

Baldwin: Look, I'm doing my job, just like you. As soon as he gets here, I'll need you to transfer custody.

Quinn: Is there nothing we can do?

The NCIS agents are all sympathetic to Medina’s cause and go out of their way to let him go back to visit his mother one last time “before ICE swoops in and takes him away like some angry pelican.” Nick Torres (Wilmer Valderrama), who is Hispanic, makes it personal, dramatically saying, “I have friends like him. I have family like him. I could have been him.”

The fact that Medina is such an honorable veteran is meant to tug on our heartstrings and change our minds on illegal immigration and deportation in a Trump world. In fact, the episode was supposed to air before the election, but got postponed so as not to compete with the World Series. As an Entertainment Weekly episode recap says, “It’s now airing a week after the presidential election, and by virtue of that two-week delay, the simple tragedy of this episode plays a little differently. The threat of deportation is real. It’s here.”

Veterans shouldn’t be cynically used to advance the illegal immigration agenda, but expect more and more of these types of heart-wrenching illegal immigrant stories in the coming months as Hollywood responds to the election.