Salon: Netflix's 'Zola' is a 'Cautionary Tale' of White and Black Friendships

In 2015, there was an “epic” Twitter thread of over 100 tweets that told a story from the perspective of a woman named A’Ziah King aka “Zola.” The story quickly went viral, and now that Hollywood is struggling to stay afloat, there is a movie based off of the tweets. Of course race is all that mainstream media cares about, so far-left, progressive outlet Salon stepped in to inform the public that this is actually a story about why black and white women shouldn’t be friends. 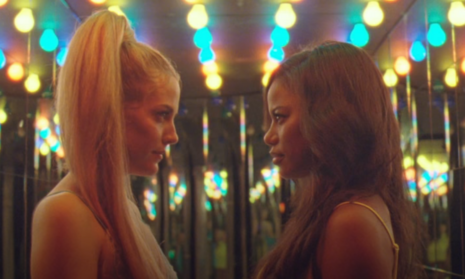 Zola and her friend Stefani took a spontaneous road trip to Tampa, Florida in hopes of making large amounts of money from stripping gigs. In the Twitter story that was posted by Zola she explained that her friend had somehow lured her into a sex work scandal that she wasn’t aware of when they planned the trip. The two had met in a restaurant and bonded over their mutual love for pole dancing.

Zola is a black woman and Stefani is white, so naturally Salon’s Melanie McFarland made it her mission to discuss why this movie is about how bad white people are in their view.

“‘Zola’ is a cautionary tale about Black women befriending white women,” according to McFarland.

These people can seriously make anything about race. The movie is actually supposed to be a “dark comedy/drama” about a girl who gets roped into a drug and pimp-filled weekend in a different state because she didn’t use her head. There’s a lot of lessons to be learned from this supposedly true story, but because the main characters are two different races that’s all the leftists are able to focus on.

McFarland begins her piece by summarizing main parts of the movie and the background of the Twitter thread. But, she then starts making comparisons between using slang and white people being oppressors. Although the movie is fiction, McFarland claims that some of the rhetoric used by Stefani is an example of the “long list of racist stereotypes white people fish out of the bottom drawer to slander Black people.”

The author then moves away from the movie completely and begins talking about her own life.

“To this day I maintain close friendships with several white women,” McFarland wrote. “But trust me when I say these women are in my circle despite my having survived extremely toxic friendship breakups, all instigated by and starring white women.”

"Stefani is a modern-day Missy Anne, the smiling bait that lures women like Zola into terrible situations and keeps her in danger by reminding them that friends stick with friends," McFarland further explained. "Stefani was destined to betray Zola."

So Zola making the decision to leave Detroit and go to Florida with someone who is pretty much a complete stranger is due to the fact that Stefani is a white girl. What about the fact that both of these women were obviously toxic? No, I guess that has nothing to do with it if you're a left-wing nut who views life through a black and white lens at all times.

Just let people enjoy a movie without turning it all into social justice ammunition.