According to Yale Climate Connections, Toles complained at a Dec. 12, book signing that coverage of climate change was “abysmal” and spent too much time on “both sides” of the debate.

Toles was at the book signing with leading climate alarmist Michael Mann. Mann and Toles co-wrote called, The Madhouse Effect: How Climate Change Denial Is Threatening Our Planet, Destroying Our Politics, and Driving Us Crazy. At the signing, Toles said climate change would result in the “destruction of the planet.”

Writer Bud Ward said on Dec. 13, that Toles “compared the risks posed by climate change to the public’s merely standing by watching a threatening asteroid, with the media distracted by balanced coverage on whether there really is an asteroid in the first place.”

That wasn’t the first time Toles’ liberal views became obvious. As a cartoonist, he compared Obamacare opponents to segregationist and former Alabama Governor George Wallace. And In 2012, he said gay marriage opponents soon wouldn’t matter because they were “aging and dying off.”

Prior to the book signing, Toles partnered with Mann to mock what they called the “climate deniers club,” with a full-page attack on prominent dissenters in the Post. The story featured a child-like Donald Trump pictured behind a wall that just barely prevented water from reaching him. Toles used the water as an illustration of “climate reality.” 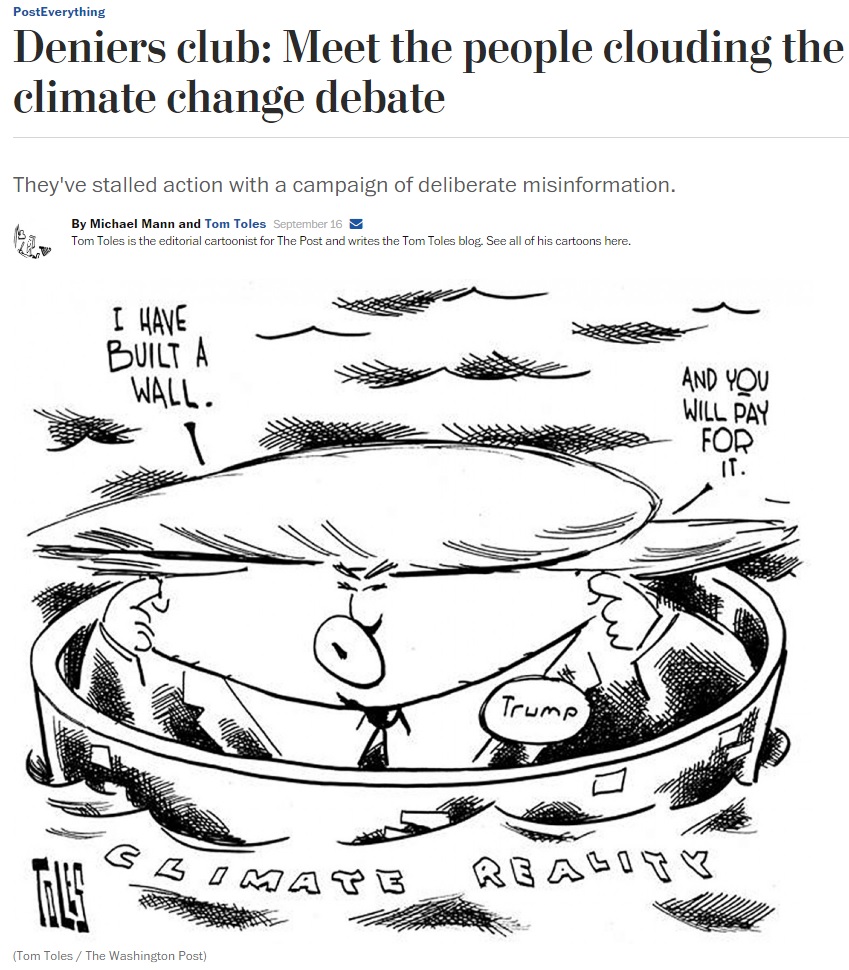 Mann is the creator of the infamous “hockey stick” graph of global warming, which critics denounced as “misleading.” He has also repeatedly pushed misleading statistics to promote climate alarmism, but accused his critics of spreading “deliberate misinformation.”