PETA is at it again, getting down and dirty with its activism.

In a “Behind the Leather” video, PETA showed customers shopping for leather products, only to find grisly insides. The anti-leather products stunt was an effort to raise awareness about the way exotic skin products are made in southeast Asia.

The video shows shoppers in a southeast Asia mall at a display of leather bags, belts, boots, wallets and jackets. The catch was, that the insides of the products looked like animal guts. Open bags revealed scenes one would expect to find on a surgical table. For example, bags were shown to contain what appeared to be pulsating organs. 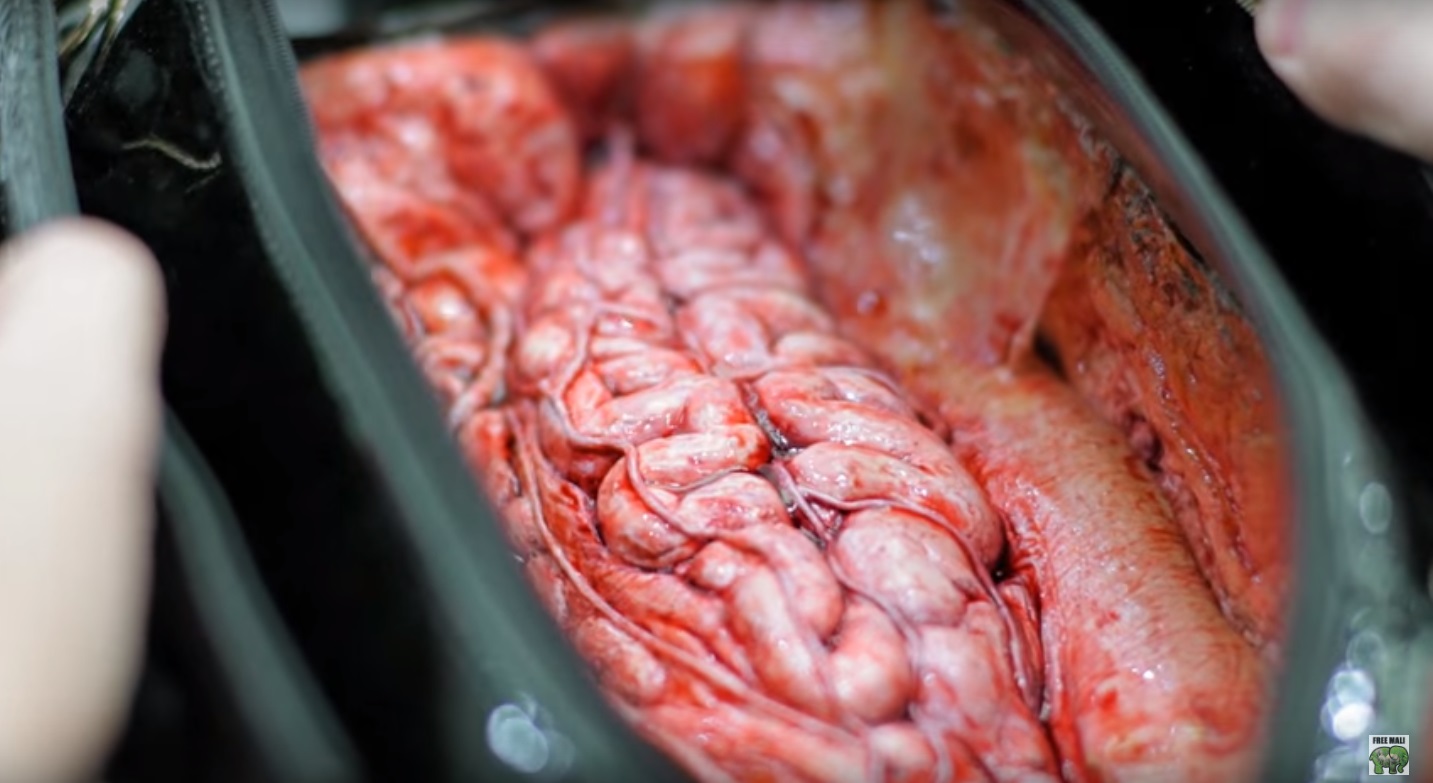 “A COLLECTION OF EXOTIC LEATHER PRODUCTS,” the on-screen text read. “BUT PEOPLE ARE OFTEN BLIND TO THE CRUELTY INVOLVED…”

PETA showed women being became startled after opening leather bags. One woman took off a leather boot and blood dripped down her foot. The video also showed customers turning belts over to find fleshy backsides.

In a post on PETA Asia’s website titled, “Beauty Often Blinds People to Cruelty,” the organization also detailed the ways in which reptiles were used to create exotic skin products.

“Crocodiles in Thailand are being farmed in the most inhumane of conditions,” the post read. They are crammed into putrid tanks and ponds before being subjected to the cruelest of slaughter practices; being shot or hammered to shatter their spines and cause paralysis.

PETA has a history of making radical public gestures to push its agenda. In 2015, for example, PETA released a video that compared eating a Thanksgiving turkey to cannibalism.