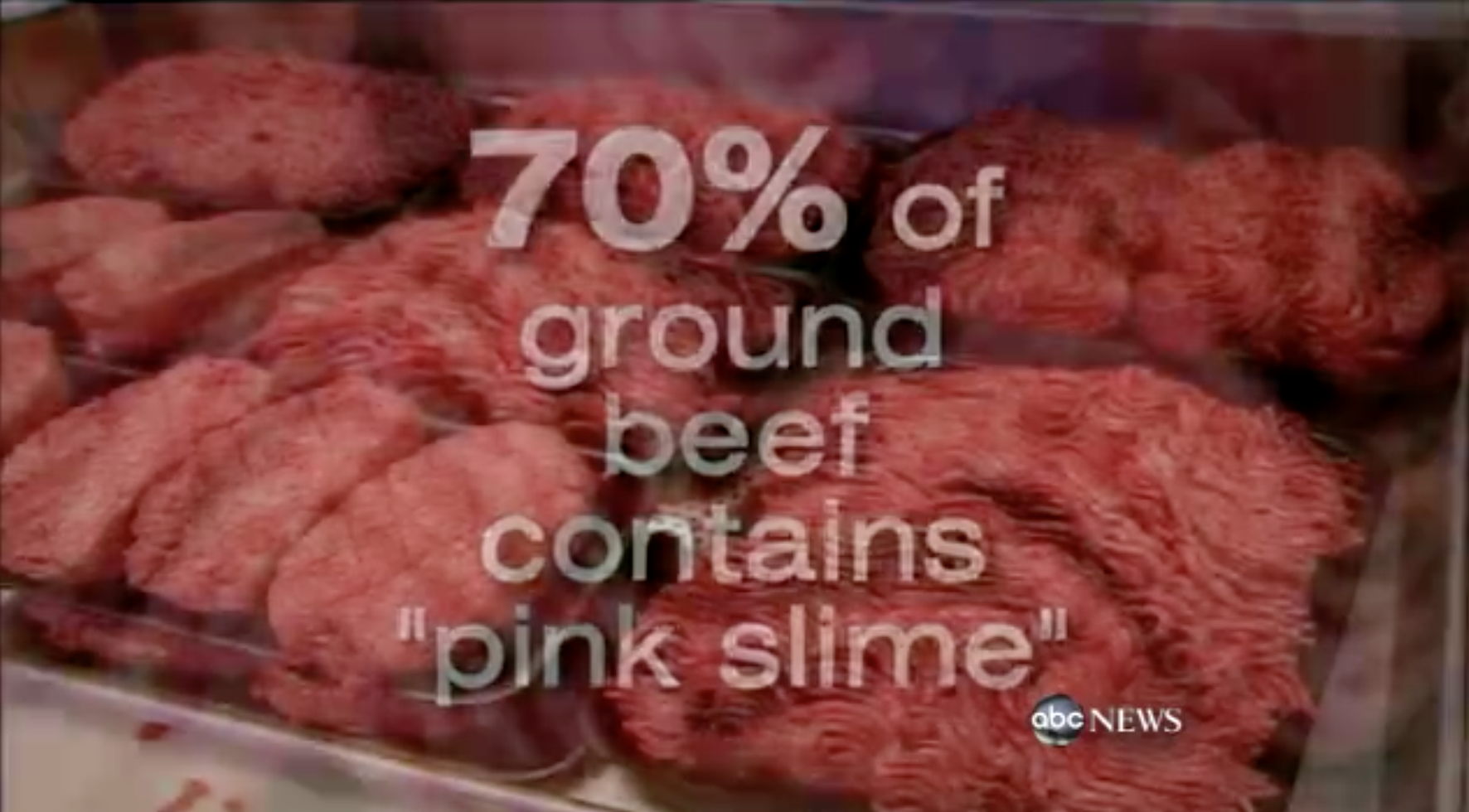 A case with huge implications for journalists and speech began on June 5, and the three broadcast networks ignored it.

Perhaps because it is one of their own — ABC — which is being sued for its biased attacks on one company’s product. The company, Beef Products Inc (BPI), had to close three out of four beef processing plants as revenue dropped 80 percent, following a series of ABC reports critical of its beef. The fight has become a $5.7 billion lawsuit, according to Reuters.

BPI sued ABC for defamation, after a series of 2012 reports which repeatedly labeled its beef product “pink slime,” a phrase used by activists criticizing the company. The beef is officially called lean finely textured beef (LFTB) and had been USDA approved and consumed for years.

Until ABC reports scared people away from it. ABC’s Diane Sawyer took a victory lap on March 22, 2012, saying “Jim’s story prompted a public outcry” which led to grocery store chains removing the product.

A trial, five years in the making, began in South Dakota on June 5.

The first person to testify was marketing professor Dr. Ran Kivetz of Columbia University Business School, according to The Hollywood Reporter. Kivets told the court, "When you refer to the product repeatedly as 'pink slime,' you are creating a negative frame."

Since the trial began, ABC, CBS and NBC have not reported on the case. In fast, they haven’t mentioned the trial or the lawsuit at all in the past year, according to Nexis. CNBC reported the trial began on Closing Bell and Squawk Box June 5. Fox News Channel’s Special Report with Bret Baier also reported the start of the trial.

BPI sued ABC over its coverage, especially news segments on March 7, 8, and 9, 2012. ABC reporting against LFTB spanned two entire months, often driven by correspondent Jim Avila and the “whistleblowers” he interviewed. Avila and his colleagues often called the meat “pink slime,” saying that term 52 times on air in just two weeks. The attacks cost the company between 600 and 2,000 jobs and the timing couldn’t have been worse since a drought was already driving up the price of beef.

BPI argued in a lengthy complaint that “There is not a more offensive way of describing a food product than to call it ‘slime,’ which is a noxious, repulsive and filthy fluid not safe for human consumption.”

The company wasn’t the only one pointing fingers at ABC’s coverage.

In 2013, ABC tried to get the defamation lawsuit (which originally sought $1.2 billion in damages) dismissed saying it “stood by its reports and cited free speech protections.” Reuters reported in Dec. 17, 2013, that ABC had used the term “pink slime” 137 times in four weeks.

A South Dakota circuit court judge and state judge refused to dismiss the case, although the latter it did remove Sawyer from the list of plaintiffs in March 2017, Deadline reported.