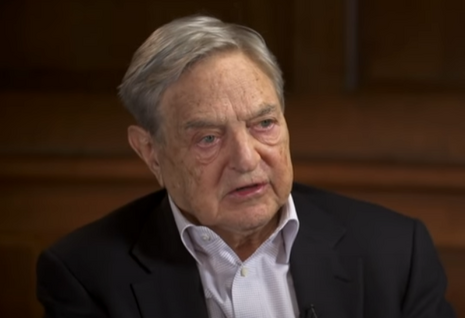 The Free Press petition urged the FCC to “investigate its own history of racism and examine how its policy choices and actions have harmed black people and other communities of color.”

The petition included the following violent comment: “How come we have racist horseshit like FOX and the other ultraconservative outlets and Christians owning most of our media. What happened to separation of church and state? Are we going to have to shoot Republican[s] to reclaim our democracy?” Soros’s Foundation to Promote Open Society and Open Society Institute gave at least $4,785,000 combined to Free Press between 2004-2019 alone.

FCC Commissioner Brendan Carr reportedly told The Washington Free Beacon that “‘The only action the FCC should take on a request like this—one based on a comment asking whether Republicans should be shot—is to dismiss it with prejudice.’" Free Press issued a statement following the backlash acknowledging “that some violent and inappropriate language was included in the comments” of its petition. The group reportedly “withdrew the petition” after Carr denounced it. 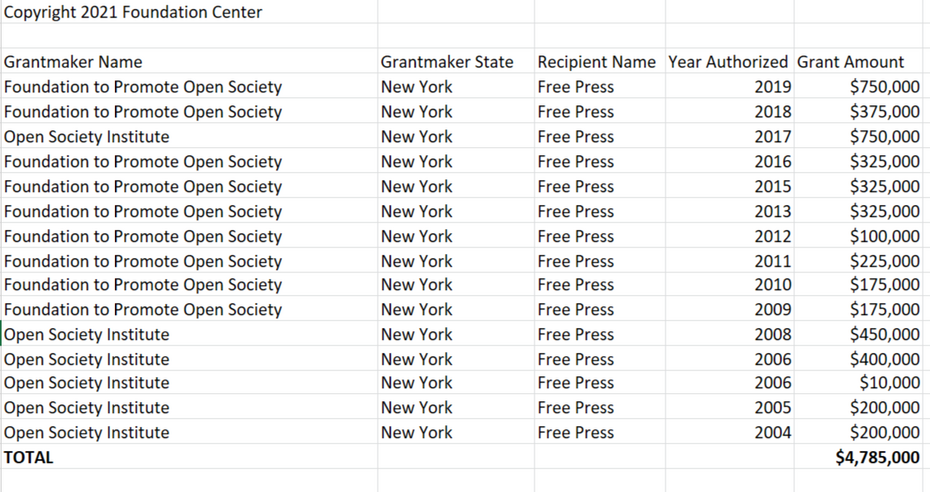 But Free Press has a history of pushing extremism. Free Press Co-CEO Jessica Gonzalez compared Fox News to the Third Reich in a 2017 tweet lambasting a poll run by the network that showed that 40% say the media posed a greater threat to the U.S. than white supremacists: “There is some Third Reich-level brainwashing going on.”

Gonzalez also screeched in another 2017 tweet in support of “#NetNeutrality” that “History demonstrates that when companies control our narratives we are not free. Media companies have pushed narratives to legitimize Native American genocide (#FuckThanksgiving), slavery, rape, etc.”

History demonstrates that when companies control our narratives we are not free. Media companies have pushed narratives to legitimize Native American genocide (#FuckThanksgiving), slavery, rape, etc. As POC, we can't rely on companies to bless our stories. We need #NetNeutrality. https://t.co/vMhpF01oiV

The group also petitioned the FCC last year to label President Donald Trump’s coronavirus briefings as “hoaxes.” The group bloviated that “[o]f particular and urgent concern is the deadly disinformation broadcast on television stations across the country in the form of context-less coverage of President Donald Trump’s press conferences and other statements.” The petition continued: “These falsehoods have been documented extensively by media watchdogs and other news organizations. They have materially contributed to this crisis, causing ‘substantial public harm,’” [Emphasis added.]