The publisher of The Bulwark and executive director for one of NeverTrumper Bill Kristol’s get-rid-of-Trump campaigns is a donor to President-elect Joe Biden. 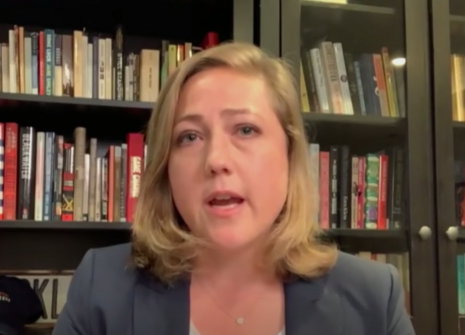 Kristol’s Republican Accountability Project (RAP) is working to protect anti-Trump Republicans in Congress. It is guarding those who “vote to impeach, remove, and disqualify President Trump” by warding off primary challenges, according to the campaign’s webpage. RAP announced that it would also be looking to punish more than 100 GOP members who objected to certification of the Electoral College. Specifically, RAP would do this by “standing up primary challenges” to Republicans who didn’t toe the line and “promote Republicans in open contests who do not align themselves with Trump’s MAGA ethos,” according to Politico. The campaign had “pledged to amass $50 million” in its efforts to defend pro-impeachment Republicans.

Longwell’s position as “publisher” of a self-proclaimed “news network” presents a potential conflict of interest, aside from the fact that the RAP initiative’s executive director is now tied to Biden.

The New York Times reported Longwell’s comments on the anti-Trump initiative. Longwell said, “'Donald Trump has made it clear he is going to try and politically punish anyone who stands against him.'” Longwell continued feigning righteous indignation: “'[Trump’s] ability to do that is diminishing by the minute, but we want to provide a counterweight to say there is real money to back people who do the right thing.'” Longwell said she is worried about Republicans doing the “right thing.” The “right thing” could just be making sure that her campaign contributions don’t go to waste.

The RAP campaign is reportedly being led by Kristol’s umbrella group Defending Democracy Together (DDT), which has received at least $1.6 million from liberal billionaire Pierre Omidyar’s Democracy Fund Voice, according to Influence Watch. DDT was the top outside "Non-Disclosing" spending group in the 2020 electoral cycle, according to Open Secrets. It spent a total of $15,634,303.

The Times characterized RAP’s get-rid-of-Trump effort as “designed to incentivize Republicans who have appeared open to voting in favor of the new article of impeachment that is expected to be considered by the House on Wednesday.”

Politico obtained Kristol’s announcement of his anti-Trump pitch to GOP members of Congress: “'We want to say to any Republican who votes to impeach or remove Donald Trump: You will not be left alone. We will help you against primary challenges. And before the challenges emerge, we will help explain your vote to your constituents.'”

MRC Business has received no response from Longwell or from any of the three organizations as of the publication of this article.