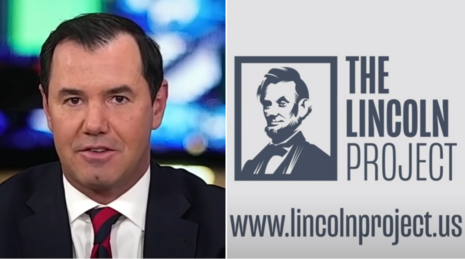 In Concha’s estimation, the group is the “New York Jets of political action committees.” The Jets are 0-9 this season. Concha said the group “attracts tons of broadcast and social media attention based almost solely on its ability to troll in the most self-righteous (and self-serving) ways.” [Emphasis added.]

Concha perfectly summarized the effects bought from that multimillion-dollar effort to destroy Trumpism across the board:

Result: President Trump received more votes than any Republican in history, amassing more than 73 million votes and breaking the previous GOP record he set in 2016. As far as biting into Trump's base, which apparently was the ‘Republican’ group's core mission, the president received support from 91 percent of Republicans, according to a Fox News voter analysis, up from four years ago. Whoops.

But the more glaring failure, Concha noted, occurred in the race for control of the Senate. Concha assessed that The Lincoln Project spent $12 million trying to prop up “seven Democratic candidates in key races in an effort to flip the chamber back to the Democrats." As Concha summarized: "Final score on that front: Republicans 7, Democrats 0.” [Emphasis added.]

If Republicans manage to win both or one of the Senate races in Georgia’s runoff election in January, the GOP will maintain control of the Senate. This would render The Lincoln Project’s multimillion-dollar Senate gamble completely worthless.

One big miss for the group was its crusade to defeat Senate Majority Leader Mitch McConnell (R-KY) in his race against failed Democratic opponent Amy McGrath. Concha said McConnell was “a big focus of [T]he Lincoln Project, too, helping to fuel hopeful media reports that the Senate majority leader was in trouble.” McConnell ended up trouncing his opponent by about 20 points.

Concha concluded his nuking of the group in epic style:

In the end, [T]he Lincoln Project - despite tens of millions of dollars spent on races across the country - missed its marks by a country mile. One would think the TV outlets that continue to prop up its founders and allies, portraying them as having an impact on the political world, would stop booking them. One would also think that, given its unethical behavior, the Jets of 2020 politics would be dismissed outright.