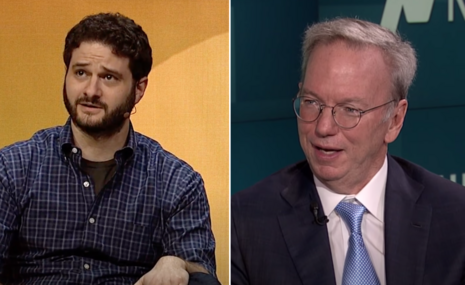 Democratic Super PAC Future Forward, “backed by some of Silicon Valley’s biggest donors is quietly unleashing a torrent of television spending in the final weeks of the presidential campaign in a last-minute attempt to oust President Donald Trump,” according to Vox Recode. The super PAC's “barrage of late money" includes at least $22 million from Facebook co-founder Dustin Moskovitz. Also, the spending by the super PAC “figures among one of the most expensive and aggressive plays yet by tech billionaires,” Recode noted.

Recode said the super PAC “is spending more than $100 million on television and digital in the final month of the campaign — more than any other group — on behalf of Democratic presidential nominee Joe Biden outside of the Biden campaign itself.”

In total, between September 29 and Election Day, the group has “aired or booked about $106 million worth of TV ads,” based on data Recode obtained from Advertising Analytics. Recode said this was “almost four times as much as the next closest pro-Biden outside group, Independence USA, during that period.”

If that wasn’t enough, the super PAC has also been leading “a separate, previously unreported $28 million proposed campaign to elect a Democrat to the US Senate from Texas,” according to Recode.

Future Forward’s size and strategy is now moving more into the public view. It plans to report to the Federal Election Commission on Tuesday that it raised $66 million in just the 45 days between September 1 and October 15 — a haul powered by Silicon Valley billionaires like Twilio founder Jeff Lawson, longtime Google CEO Eric Schmidt, and Moskovitz, who has been one of the most enigmatic Democratic megadonors of the Trump era, [emphasis added].

Moskovitz’s team, in particular, has reportedly “told some allies” that the group "has been preparing to make a splash late in the game and that they were a big believer in late television specifically.” Also, the group “has been closely associated with Moskovitz in Democratic fundraising circles for much of the calendar year, although his first donation to the group didn’t materialize until this summer.”

Earlier reporting by Recode revealed that notorious LinkedIn co-founder Reid Hoffman, was going to be joined by other Big Tech billionaires in a plot to boost then-presumptive Democratic nominee for president Biden in 2020.

Recode had identified four major players from Big Tech that have the “most ambitious plans” to boost Biden: Reid Hoffman, Dustin Moskovitz, philanthropist and Atlantic magazine co-owner Laurene Powell Jobs, and Eric Schmidt. Recode’s recent reporting doesn’t say that Jobs or Hoffman are Future Forward donors. However, it does note that the group has "been recommended in private communications by the team of Reid Hoffman."