Candidate Tom Steyer Resigns From Center for American Progress Board

Liberal billionaire and 2020 Democratic candidate Tom Steyer stepped down from a prominent left-wing think tank last month due to his presidential bid, according to CNBC. 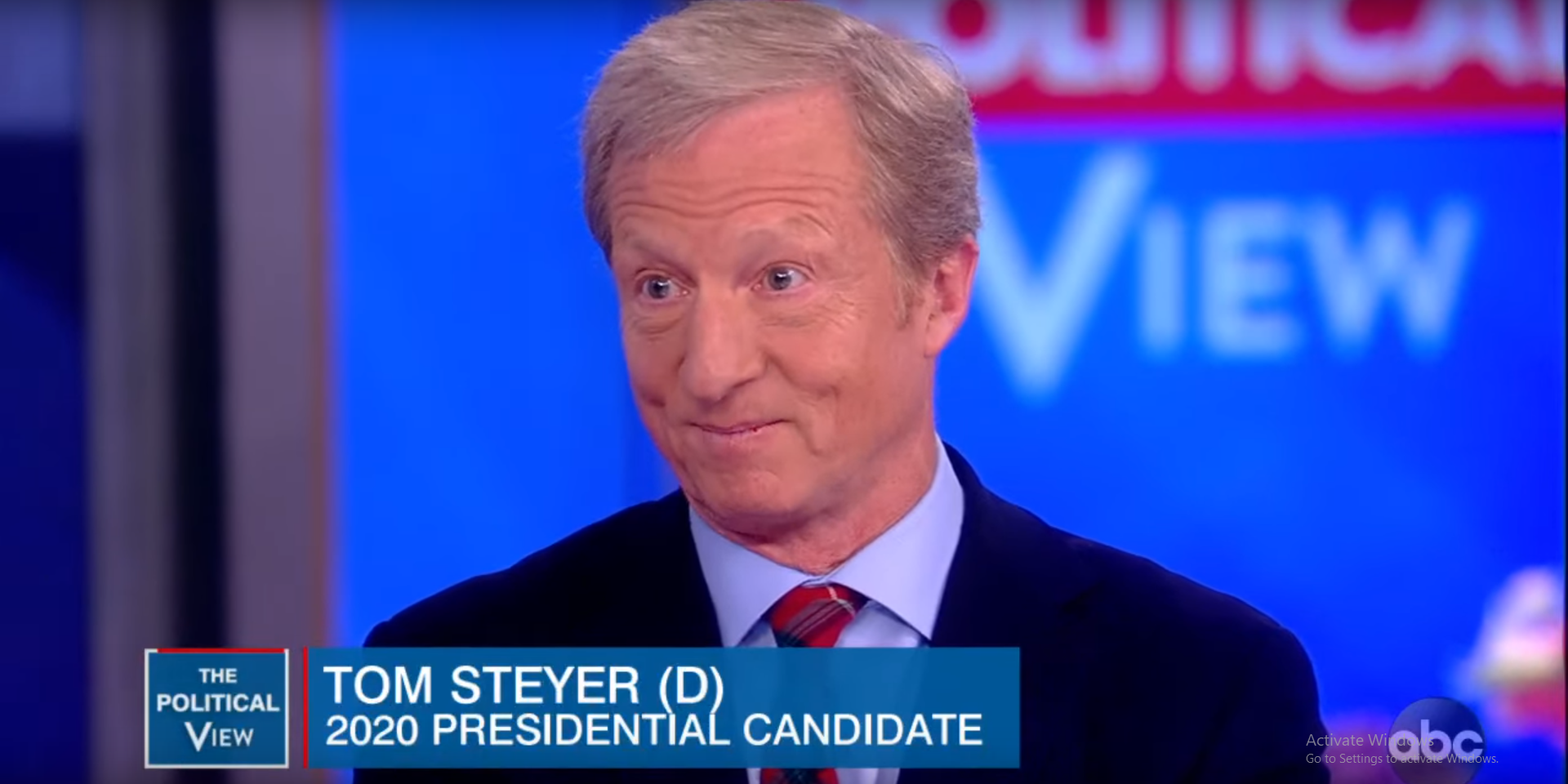 Steyer was deeply involved with Center for American Progress for at least 9 years. CNBC reported Steyer was director of CAP’s board since 2010 before resigning July 9. Steyer had been distancing himself from “outside entities that could be seen as giving his campaign an advantage,” said CNBC.

In addition to his role on the board, Steyer donated huge amounts of money to CAP. His TomKat Charitable Trust was listed as a $1 million or more donor each year from 2014 through 2018.

Although CAP bills itself as “nonpartisan,” it spent $19 million in 2017 on “policy research programs involving a wide variety of progressive causes such as health care, immigration, open government, poverty and the environment.” CNBC acknowledged the think tank is “run by allies of Bill and Hillary Clinton.” It didn’t mention that liberal billionaire George Soros has also given CAP millions of dollars over many years.

Before running for president, Steyer had become one of the left’s biggest political donors. He spent a combined $239 million exclusively on liberals and Democrats over three election cycles (2014, 2016 and 2018). He was also the top individual contributor in both the 2014 and 2016 elections.

OpenSecrets listed him as the top 2020 spender to outside groups, because he gave (via Fahr LLC) more than $6.5 million to his left-wing super PAC: NextGen Climate Action.

CNBC noted that “A spokeswoman for the Steyer campaign, Karla Hudson, noted that the former hedge fund manager’s family office, Fahr LLC, will not be playing any role in the campaign.”

Despite his billions, Steyer’s campaign is struggling. RealClearPolitics said he is currently polling at half of one percent nationally. The Hill also reported on Aug. 1, that Steyer was one of a dozen candidates “clambering” to meet donor requirements for the September ABC News/Univision Democratic debate.