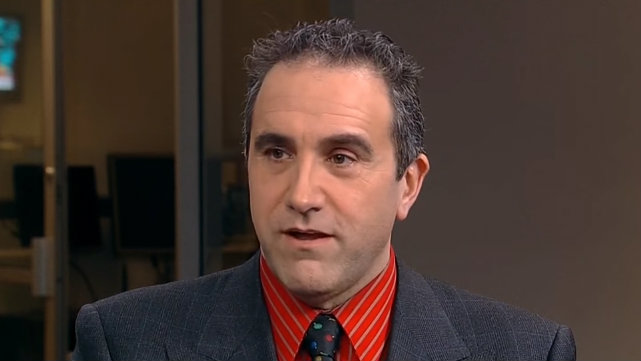 Morano has spent three decades working to expose the left’s bias and faulty science in their push for federal climate change regulations. He has written books, made documentaries, and is the founder of ClimateDepot.com. A major player in the movement, he has earned high praise from conservatives, and bitter loathing from the radical left.

His Politically Incorrect Guide urged readers to think twice about the overzealous climate change scare. In the book, he wrote that climate change solutions involve dramatically altering human existence, from types of “lightbulbs,” and “appliances” to the sizes of families. He showed that the 97 percent consensus for climate change was “pulled from thin air.” There is no evidence that CO2 is the cause of bad weather, and “ancient climate belts were surprisingly like those of the present,” he noted.

And he wrote that UN climate reports are “tailored to meet the political needs of governments,” not necessarily tailored towards the environment. He included refreshing critic opinions, with Global Language Monitor’s Paul Payack saying that “global warming deniers’ be treated the same as ‘Holocaust deniers: professional ostracism, belittlement, ridicule and, even, jail.” Bill Nye reportedly agreed as well.

Morano claimed that during his investigation into climate change, he’s “uncovered shameless scare-mongering, scientific fraud, and countless instances of the misappropriation of the reputation and authority of science to prop up what is essentially a political campaign to put the world’s economy under the management of ‘experts’ at the United Nations.

The purported solutions to this non-problem will affect the kind of light bulbs and appliances you are allowed to buy, the size of your home and how it is heated and air-conditioned, how you travel, the food you eat, the clothes you wear, and how many kids you can have. What’s scarier is that some of these experts are “even advocating for shrinking the human race to decrease our carbon footprint -- and for medicating us to make us care more about the climate.

But how do they plan to get future global citizens to buy into this strategy? According to the book, much of it involves propaganda. Morano cited Richard Tol, an ecology professor at Amsterdam’s Vrije University, stating that “The repeated claim of a 97 percent ‘consensus’ in support of catastrophic man-made climate change? It’s nothing more than a talking point designed to silence anyone who dares to question the very dubious ‘science’ on global warming.”

In other words, it was “pulled from thin air.”

Morano also showed that the push for climate change awareness is more political than it is environmental. Take it from Rajendra Pachauri, head of the UN’s Intergovernmental Panel on Climate Change. He conceded that “the UN climate reports were tailored to meet the political needs of governments: ‘We are in intergovernmental body and we do what the governments of the world want us to do. If the governments decided we should do things differently and come up with a vastly different set of products we would be at their beck and call.’”

“We redistribute de facto the world’s wealth by climate policy.” That’s another open concession by a top IPCC official. Hmm, maybe those global socialism “conspiracies” have a little bit of weight to them.

Climate change experts and ecology professors worldwide see Morano’s “disinformation” as a “crime against humanity,” He has been kicked out of the UN’s 2016 Climate Summit in Paris, and has received the number two spot on National Geographic’s top ten list of “Climate Deniers.” Regardless, Morano has been fully committed to showing that it’s the climate alarmists who are spreading disinformation.

To pull the rug out from under a multiple trillion-dollar intergovernmental platform is nothing short of earth-shatteringly controversial. Despite the hate, more and more people are listening to what Morano has to say, and his new book has earned support from climate heavyweights.

MIT atmospheric physicist Richard Lindzen calls him the “Thomas Paine” of the anti-climate change movement, saying “he exposes the seemingly infinite number of absurd claims, and the almost unbounded hypocrisy and venality of the proponents of this clearly inhuman and scientifically implausible attempt to control mankind… This book is an unrelenting polemic of the best kind.”

And John Coleman, the late founder of The Weather Channel, and a 60-year meteorology veteran praised Morano, saying, “today anybody who defies the prevailing “climate change” scare puts his career and his reputation into extreme danger. That is where we find Marc… He is so certain of his data that he is quite comfy there…This book is exactly what parents need to counter the indoctrination our children are now being subjected to… Read this book and Marc will become your hero.”