Media Matters Falsely Claims It Only Got One Soros Gift. Try 5! 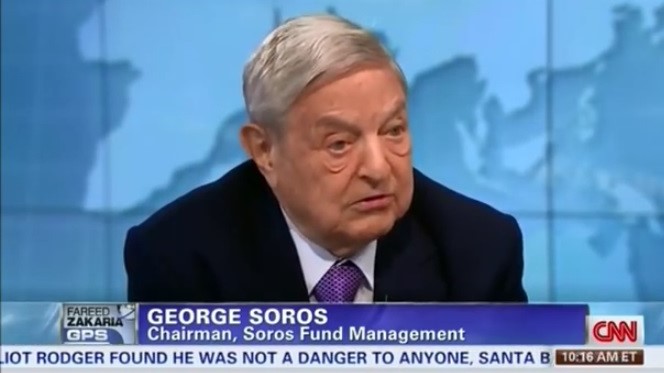 CNN fired commentator Jeffrey Lord after his big Twitter battle with Media Matters president Angelo Carusone. Lord had criticized the lefty outlet for being Soros-funded. Carusone repeatedly claimed on Twitter that Media Matters had only received “one donation one time...in 2010” from billionaire George Soros.

Turns out, that’s not at all true.

Soros’ Foundation to Promote Open Society (OSF) tax forms show five separate donations between 2010 and 2014 totalling $1,575,000. Soros gave the organization money every other year during that time. And, since the organization’s 990 tax forms aren’t yet available for 2016, it’s impossible to tell if that trend continued.

Of course, some media outlets reported Carusone’s falsehood from CNN to Heavy.

Carusone might be referring to the billionaire’s statement that he gave Media Matters $1 million back in 2010. Even if he is, that only accounts for part of the money, leaving another $575,000 unaccounted for and making the connection much more recent.

Politico reported on that gift in 2010. “George Soros announced that he has given $1 million to Media Matters ‘to hold Fox News accountable for the false and misleading information they so often broadcast.’” 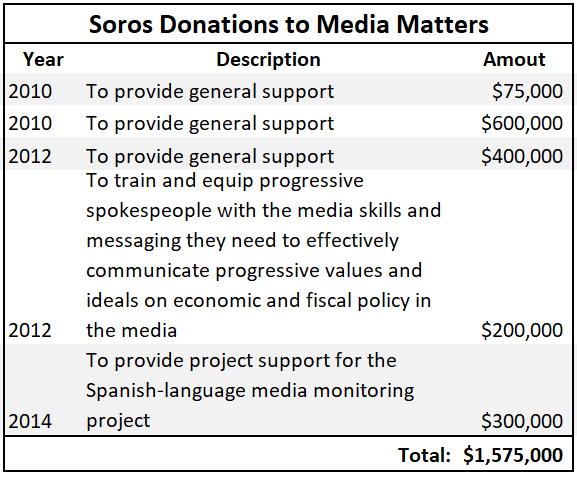 In 2012, OSF gave Media Matters two more donations -- $400,000 for “general support” and $200,000 “to train and equip progressive spokespeople with the media skills and messaging they need to effectively communicate progressive values and ideals on economic and fiscal policy in the media.”

And a $300,000 donation from OSF went “to provide project support for the Spanish-language media monitoring project” in 2014.