The Washington, D.C., paper of record has spent the past year filling bird cages and landfills with stories about income inequality – 156 in print alone and another 404 in blogs or 560 total. Subtract one of those (listed twice in LexisNexis) that included the name of billionaire Post owner Jeffrey Bezos. And that was a column by conservative George Will declaring: “Income inequality is good.”

The remaining 155 print and 403 blog mentions didn’t have any discussion of the newspaper’s fat cat owner. Yet, Bezos is now the fourth-richest American with a fortune of $47 billion, according to Forbes. He purchased the Post for $250 million, wrote the Post. 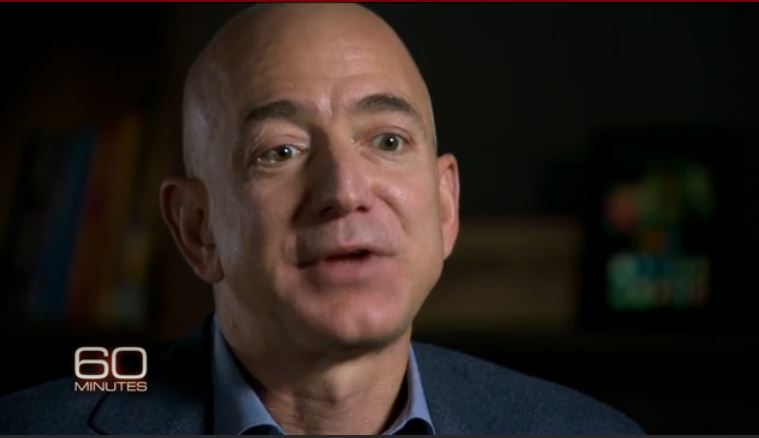 According to the Sept. 29, Daily Mail: “But it was Amazon CEO Jeff Bezos who has emerged as the biggest overall gainer, adding a whopping $16.5 billion to his war chest in a single year after his company posted a quarterly profit in July.”

Whopping indeed. Bezos made 899,521 times the median household income in the United States -- $52,250. Were Bezos a nation, the $16.5 billion would give him a GDP rank of 150, just below Kosovo and above 81 nations including Guinea and Iceland.

Based on the past year (from Sept. 30, 2014-Sept. 29, 2015), Post readers won’t be told about that. Instead, they will hear about the horrors of income inequality.  Here are just a few examples ripped from the pages funded by the Bezos billions:

One Sept. 9, 2015, story was headlined: “The top priority for well-heeled business elite? Income inequality.” The Post reported: “Harvard Business School alumni are more concerned with rising inequality, worsening poverty and the stagnating middle class than they are with slow economic growth, according to a new survey.”

Perhaps, Bezos should make the Will column required reading at his newspaper. “The ranks of billionaires are constantly churned. Most of the people on the original Forbes 400 list of richest Americans in 1982 were off the list in 2013. Mark Zuckerberg, Facebook's chief executive, was not born until 1984. America needs more billionaires like him, Michael Dell, Bill Gates, Jeff Bezos and Steve Jobs,” wrote Will.