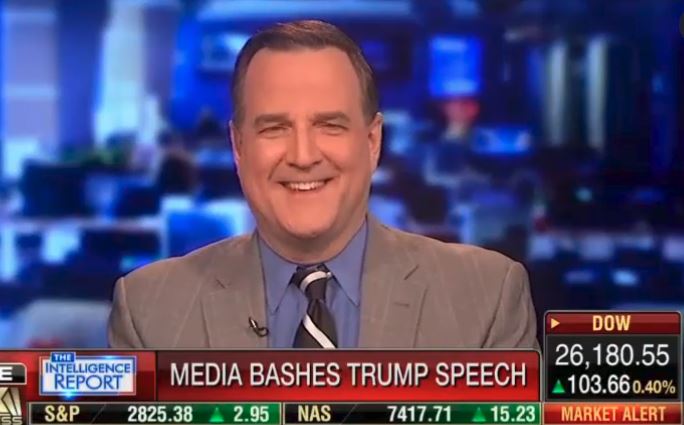 The Washington Post was filled with morose editorials following President Donald Trump’s first State of the Union address on Jan. 30.

That is yet another example showing The Post has “no credibility on this issue at all,” MRC Vice President of Business and Culture Dan Gainor said Jan. 31. He appeared on Intelligence Report with Trish Regan to discuss the media’s response to Trump’s speech.

According to Gainor, when the American people respond positively to Trump’s speeches, “the media turn around and say ‘Let us tell you why you’re wrong’.” The tactic has not worked, as evidenced by Trump winning the presidential election, Gainor pointed out. “He’s winning, they’re not.”

Gainor closed by discussing the disconnect between the liberal media and everyday Americans.

“Journalism used to be a blue-collar field — I’m a blue-collar guy. When people started in journalism they would go to regular colleges,” Gainor said, “Now they go to elite schools, they live in the, you know, New York, Washington, D.C., LA axis, they don’t really care about the rest of America. That’s why they were caught off guard by Donald Trump.”