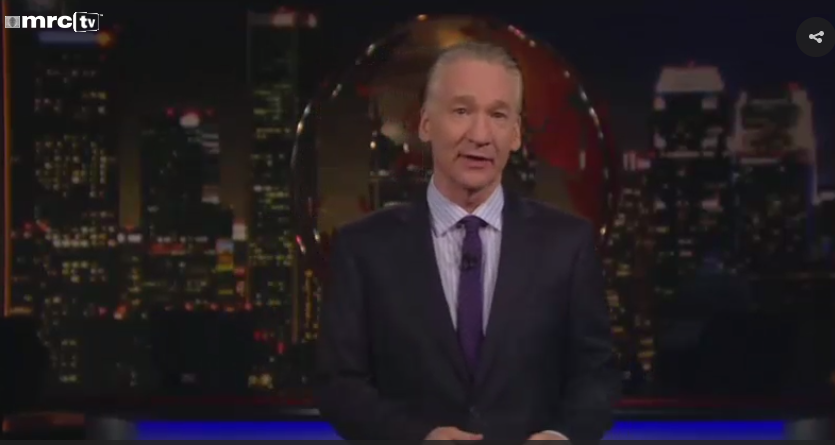 Hurricane Irma already left more than 6 million people without power and killed at least 42 in Florida and the Caribbean. But as people anxiously awaited the storm’s Florida landfall, liberal HBO Real Time host Bill Maher could only brag that climate change “deniers all have beach houses” in the line of the storm.

He claimed he wasn’t “gloating” about their potential destruction.

“Trump, Rush Limbaugh, Ann Coulter, the Koch brothers all have houses that are gonna be wiped out probably — I’m not gloating,” Maher said on Sept. 9. “It’s just an inconvenient truth,” he added, joking with the name of Al Gore’s alarmist 2006 film (which had plenty of inaccuracies).

It isn’t just climate skeptics who own Florida real estate. Other celebrities also own beach-front property in Florida, including Tiger Woods and Rosie O’Donnell. Bill Gates, who is a major funder of climate change projects through the Gates Foundation, also owns property in Florida.

“Trump has a $28 million compound on the island of San Martens and it looks like it’s going to get completely wiped out. Today he said ‘Darn, that’s where I keep my tax returns,” Maher joked.

Maher’s geography was better than fellow liberal Michael Moore. Maher knew Trump mansion was on an island whereas Moore tried to make President Donald Trump look bad on Twitter by asking “Has he opened up Mar-a-Lago as a shelter yet?”

Trump’s son Donald Trump Jr. was quick to point out that since “It’s on an island” and “in a mandatory evacuation zone,” the mansion would make a terrible shelter.

Has he opened up Mar-a-Lago as a shelter yet?

It's on an island on both the ocean & intercostal and in a mandatory evacuation zone... probably not the best idea, but you know, narrative! https://t.co/Ji5V5lh7ya

“Even though everything the scientists said was going to happen: that the waters were gonna get warmer and this was gonna soup up the storm, and that Irma’s the worst storm ever, and Harvey was a 500 to one shot, and they’ve had three of - three years in a row with 500 to one shots — the right-wingers are still, ‘No, we can’t blame climate change,” Maher ranted.

Maher has made inaccurate and offensive climate change claims before. In 2010, he praised Osama bin Laden for saying climate change is “actual fact” and that “industrialized countries” are to blame for global warming.

In 2015, he inaccurately claimed that there was only a single story on global cooling in the 1970s even though there were reports from The Washington Post, Los Angeles Times, Boston Globe, The New York Times and others, all touting concerns about a coming ice age.

Earlier this year, Maher absurdly claimed that the United States was “gassing” its own people “with CO2” in 2017, comparing it to the way Syrian dictator Bashar al-Assad used chemical weapons against his own people.