Meteorologists and climatologists on Twitter criticized Newsweek Senior Writer Kurt Eichenwald after he claimed a “climate change equation” helped him make a prediction about Hurricane Irma. Eichenwald is also an MSNBC and Vanity Fair contributor and a New York Times best-selling author.

Hurricane Irma is one of the “strongest storms recorded in the Atlantic,” and became a Category 5 storm on Sept. 5. CNN reported it was scheduled to hit in Puerto Rico and the Virgin Islands Sept. 6. But the precise track of the hurricane, and where it may make landfall in the U.S. was still uncertain.

He then claimed if he could get those results, “maybe deniers should realize climatologists know more than they do.” After hurricane experts including Ryan Maue of WeatherBELL Analytics called his statement “bullshit,” and many others piled on, Eichenwald deleted the tweet. But not without lashing out at his critics. 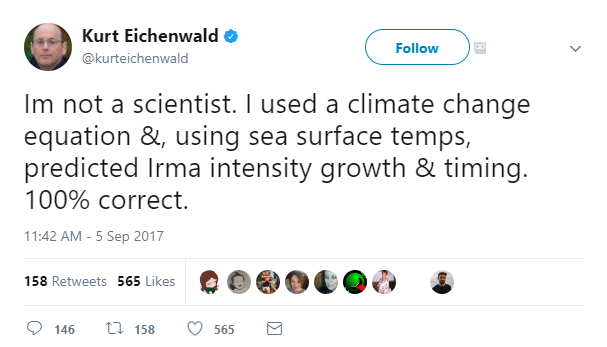 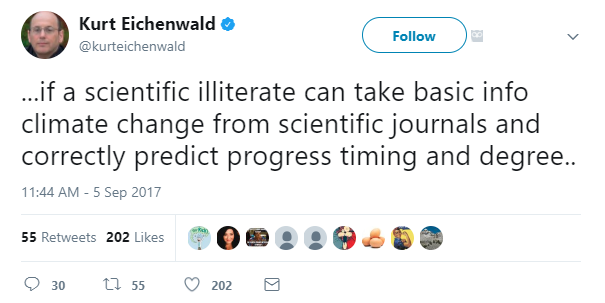 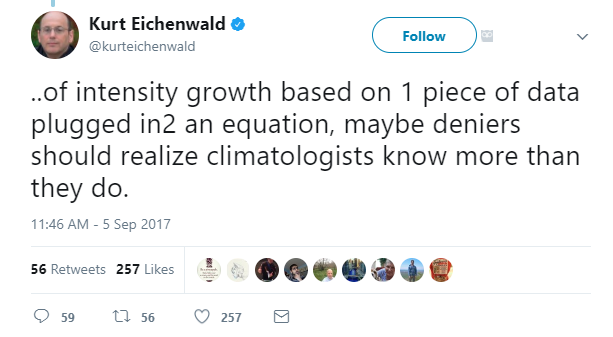 “I am a hurricane scientist and this is bullshit,” Maue replied. 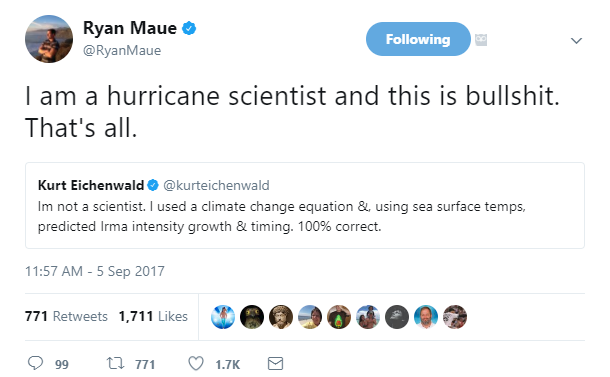 Even those who seemed to support Eichenwald’s man-made climate change arguments called him out for not making “scientific sense,” “hurting the argument” for climate change, making “100% false” statements and not correctly using models.

Someone else pointed out there is no such thing as a single climate change model, and if there were it wouldn’t predict hurricane intensity.

Several hours after the debunking began, an obviously upset Eichenwald announced, “Im deleting my hurricane tweet because idiots arent getting the point.” “Math works,” he protested, and “idiots use fox news.” 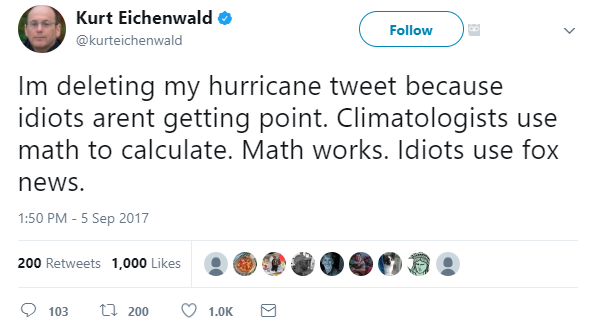 Although he deleted his original tweet, Eichenwald attempted to discredit those who criticized him saying, “meteorologists are not climatologists” and calling his critics “idiots.” He must have forgotten meteorologists are the very scientists tasked with weather forecasting and storm predictions — the very thing he initially tried to do. 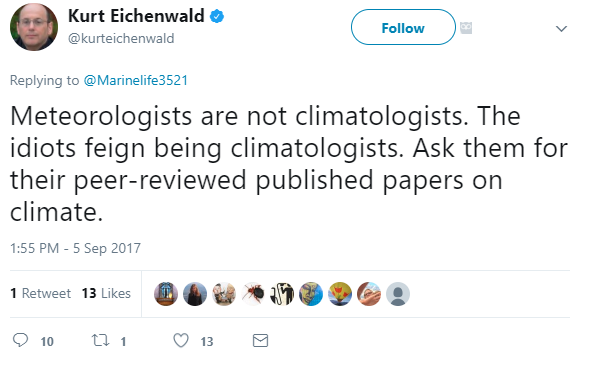 When Atmospheric Scientist PhD candidate Patrick Duran showed the equations used to predict hurricanes, Eichenwald dismissed him by saying “Ur a weatherman.” 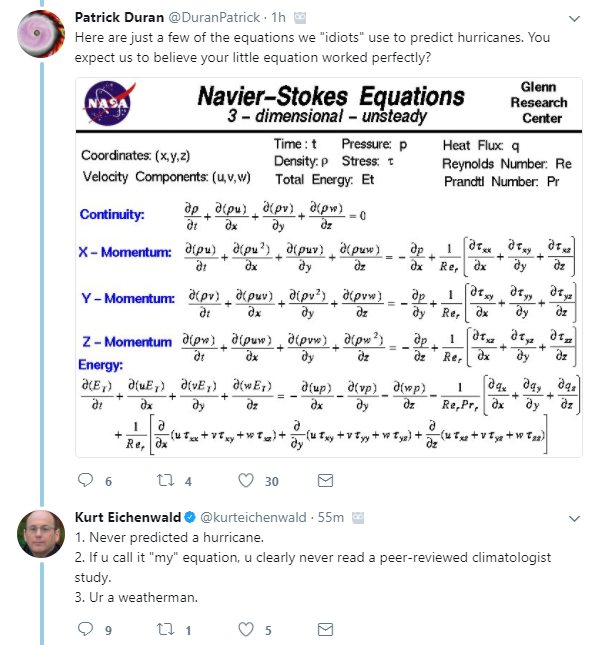