MRC's Gainor: Trump's 'Not Going to Alienate the Conservative Media' 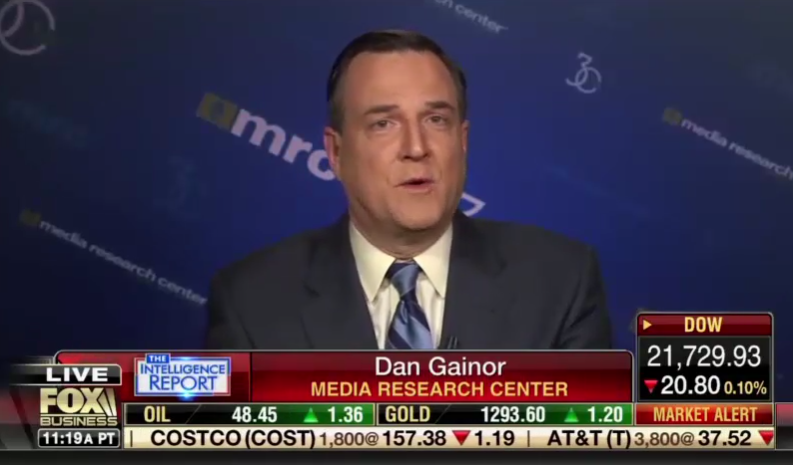 According to MRC Vice President of Business and Culture Dan Gainor, Steve Bannon’s White House exit will not “alienate the conservative media.”

“Donald Trump is a smart guy. He can never go left enough to satisfy the media and the left,” Gainor told Intelligence Report host Trish Regan, “So he’s not going to alienate the conservative media. He will make nice in some way.”

Bannon, The Chief White House strategist, is leaving his position two days after talking to a liberal journalist at Soros-funded American Prospect.

“I don’t understand why conservatives consistently feel like they’re gonna -- they, they can go and out themselves to any sort of liberal outlet,” Gainor said on the Aug. 18 Intelligence Report, “You know you’re never going to get good treatment, you know the results’ always going to be bad.”

“This also emboldens conservative outlets to be more of a check and a balance on the people who are seen as more liberal on the--in the White House,” Gainor concluded.