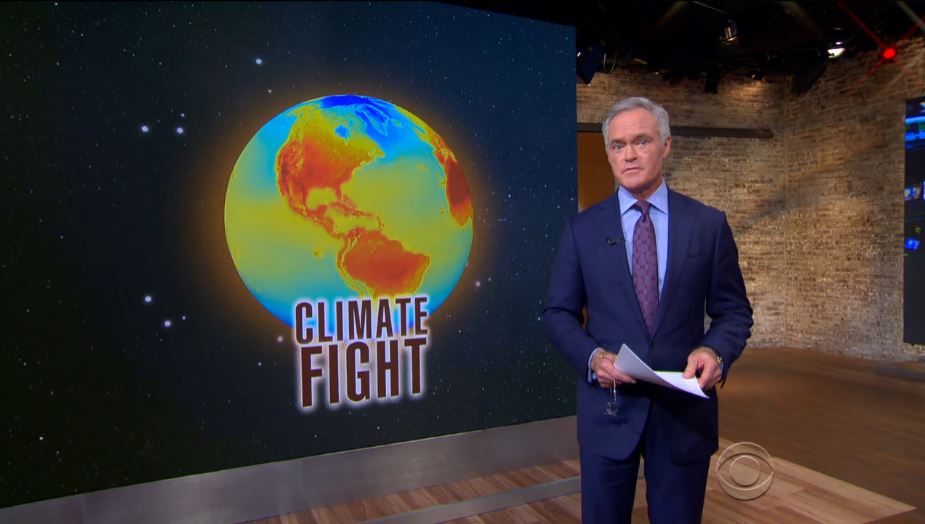 But that hasn’t stopped CBS News from calling it a “treaty” on five separate occasions since the first Paris climate summit in November 2015, and letting a guest falsely claim it had been ratified.

By mischaracterizing the agreement as a legally binding treaty, CBS knowingly misled viewers regarding the Paris Agreement’s legal authority and government approval. This includes CBS This Morning co-hosts Norah O’Donnell and and Charlie Rose, as well as then-CBS Evening News host Scott Pelley.

Article II, Second 2 of the Constitution specified that the president “shall have Power, by and with the Advice and Consent of the Senate, to make Treaties, provided two thirds of the Senators present concur.”

As The New York Times reported in 2014, then President Barack Obama intentionally did not pursue a legal treaty because “there is no chance that the currently gridlocked Senate will ratify a climate change treaty in the near future, especially in a political environment where many Republican lawmakers remain skeptical of the established science of human-caused global warming.”

Both CBS This Morning co-host Norah O’Donnell and  then-CBS Evening News host Scott Pelley touted a CBS News/New York Times poll that showed “66 percent of Americans said the U.S. should join an international treaty to reduce emissions” on Nov. 30, 2015. O’Donnell claimed that meant “most Americans support the goal of the conference.”

CBS News’ website also falsely claimed “the main goal of the summit” was to “come up with a treaty to reduce greenhouse emissions and slow climate change.”

On the same day, NBC Nightly News correspondent Chris Jansen carefully explained the “U.S. insisted any agreement not be called a treaty, which would require approval by Congress.”

When The New York Times reported the poll’s findings, it clarified Obama would not sign an “internationally enforced treaty that would require Senate ratification.”

“The Washington Post reports that the Paris climate treaty will go into force next month,” Co-Host Charlie Rose said on Oct. 6, 2016. While its unclear which Washington Post story Rose was referencing, one did call the agreement a treaty while another did not.

Rose once again used the word treaty on march 29, 2017. “The Financial Times reports that ExxonMobil urged the Trump administration not to quit the Paris climate treaty,” he said.

The Financial Times did not use the word treaty -- Rose inserted that himself.

However Financial Times editor Lionel Barber himself asserted the Paris Agreement was a “treaty” which had been “ratified” on CBS This Morning. None of the May 31, 2017 hosts corrected Barber.