Donald Trump had been president for mere hours and liberal groups were already advocating his impeachment.

ImpeachDonaldTrumpNow.org, a website run by Free Speech for People (FSFP) and RootsAction, went live the moment Trump took the oath of office, according to The Washington Post on Jan. 20. The website claimed that Trump violated the Constitution by refusing “to divest from his business interests.”

Both groups responsible for the website are staunchly left-wing. FSFP was founded to fight against Citizens United and Roots Action was dedicated to “galvanizing people” to face “a far-right Republican Party regime.” In 2015, Roots Action demanded an “unapologetic progressive” moderate the CNN Democratic presidential debate.

Numerous liberal foundations including the Rockefeller Brothers Fund, the Park Foundation and the Tides Foundation have all funded FSFP. 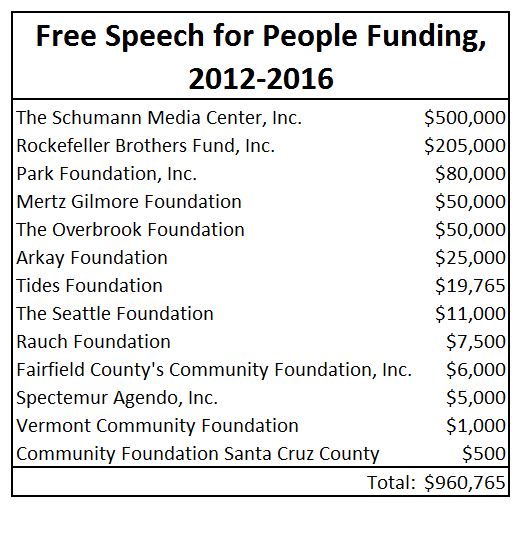 RootsAction, meanwhile, does not disclose its donors. Its website merely said “we rely on donations from members of the public.”

Ron Fein, the legal director for FSFP, admitted that the effort is early, but rationalized it by saying “If we were wait for all the ill effects that could come from this, too much damage to our democracy would occur,” according to The Washington Post.