Liberals who worked so hard to elect Hillary Clinton, unsurprisingly view Trump’s victory as a “cataclysm.”

The Democracy Alliance, a club of liberal donors and activists, chose to meet in Washington, D.C. to address the “terrifying assault” President Donald Trump could have on its “progressive vision.” 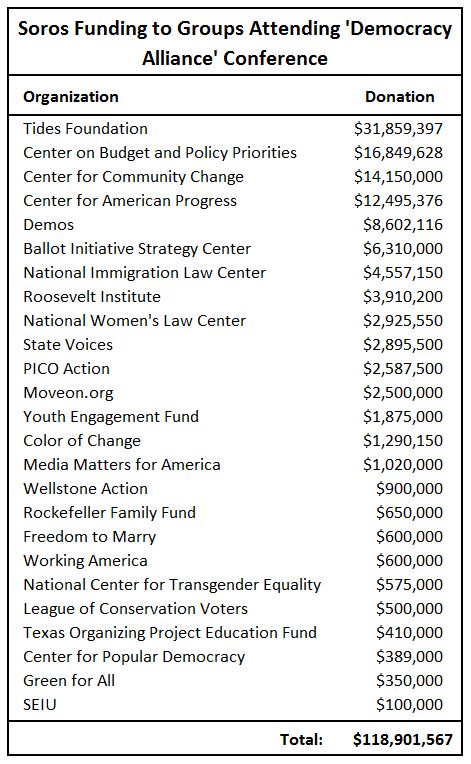 Politico reported the schedule of events for the Nov. 13-16, Democracy Alliance conference. The list read like a Who’s Who of George Soros connections. Soros himself, who spent at least $25 million supporting Clinton’s failed presidential bid, will speak the last day of the conference. Soros also gave at least $118,901,567 between 2000 and 2014 to groups sponsoring or leading parts of the conference.

Green for All founder Van Jones, who called Trump’s victory a “white lash,” lectured attendees on Monday about “what we need to do to go forward.” The three day conference also includes sessions on “How did the media fail us?,” “Playing Progressive Offence in 2017-2018,” “Toward Becoming a Progressive, Not Just Blue State,” “Building a Progressive California,” and “Combatting the Massive Threats from Trump and Congress in 2017.”