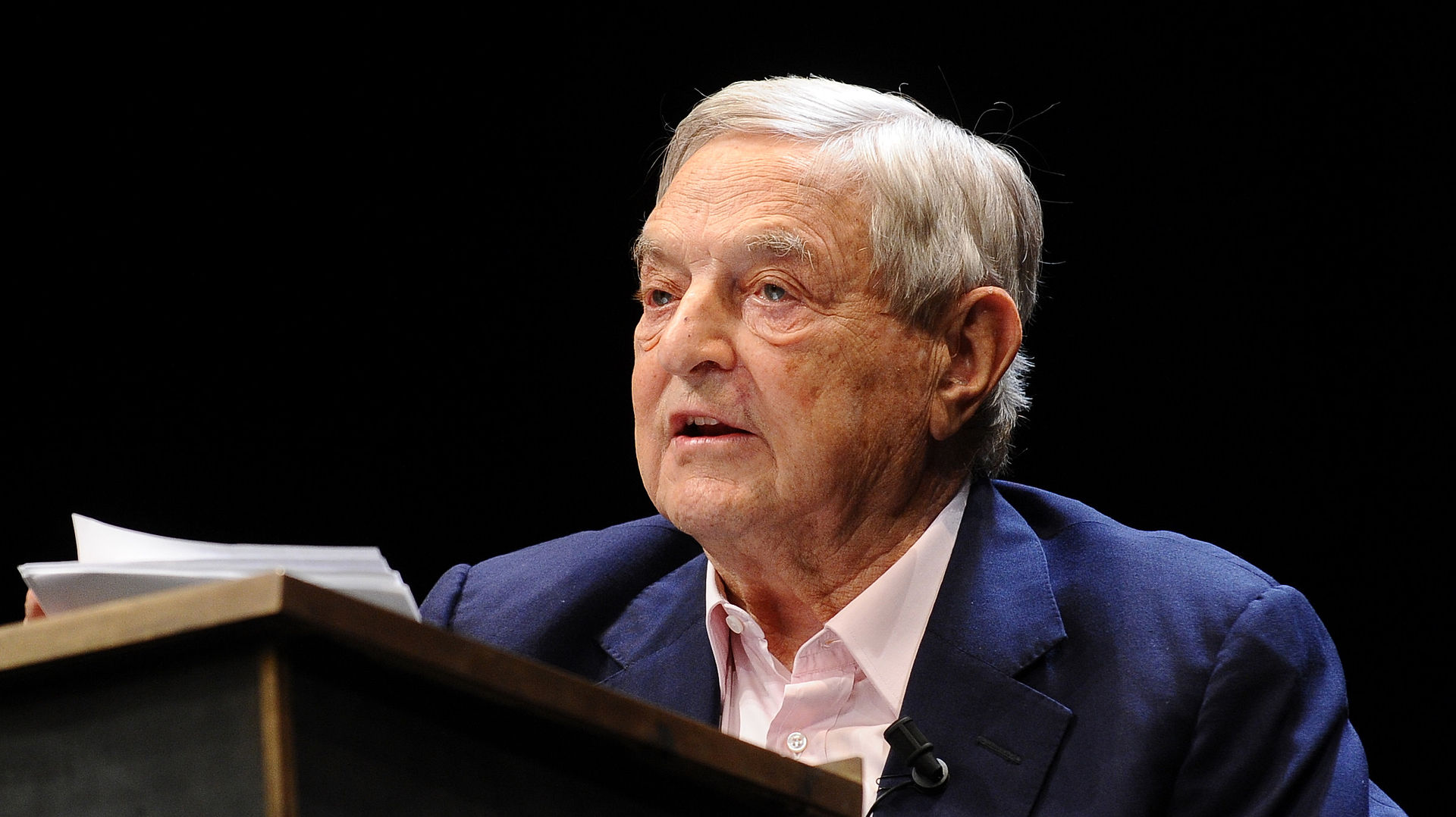 Among the disturbing WikiLeaks emails was evidence of a liberal agenda to undermine the Catholic faith. And billionaire George Soros is funding much of that agenda.

Sandy Newman, president of liberal Voices for Progress, and John Podesta, then chair of the Soros-funded Center for American Progress, discussed promoting contraception as a way to create a “revolution” and undermine the “middle ages dictatorship” of the Catholic Church in a 2012 email exchange. Contraceptives are morally unacceptable, according to Church teaching.

“We created Catholics in Alliance for the Common Good to organize for a moment like this,” Podesta revealed, exposing the group’s anti-Catholic intentions. The group, along with at least 16 others, have received  more than $4.5 million from Soros.

Catholics for a Free Choice and the Quixote Center -- also funded by Soros -- use Catholicism to promote liberal values like “truly accessible” abortion, condemning contraceptive opposition as “disastrous” to women, and supporting “gay, lesbian, bisexual, and transgender” policies, which are contrary to Church teaching. 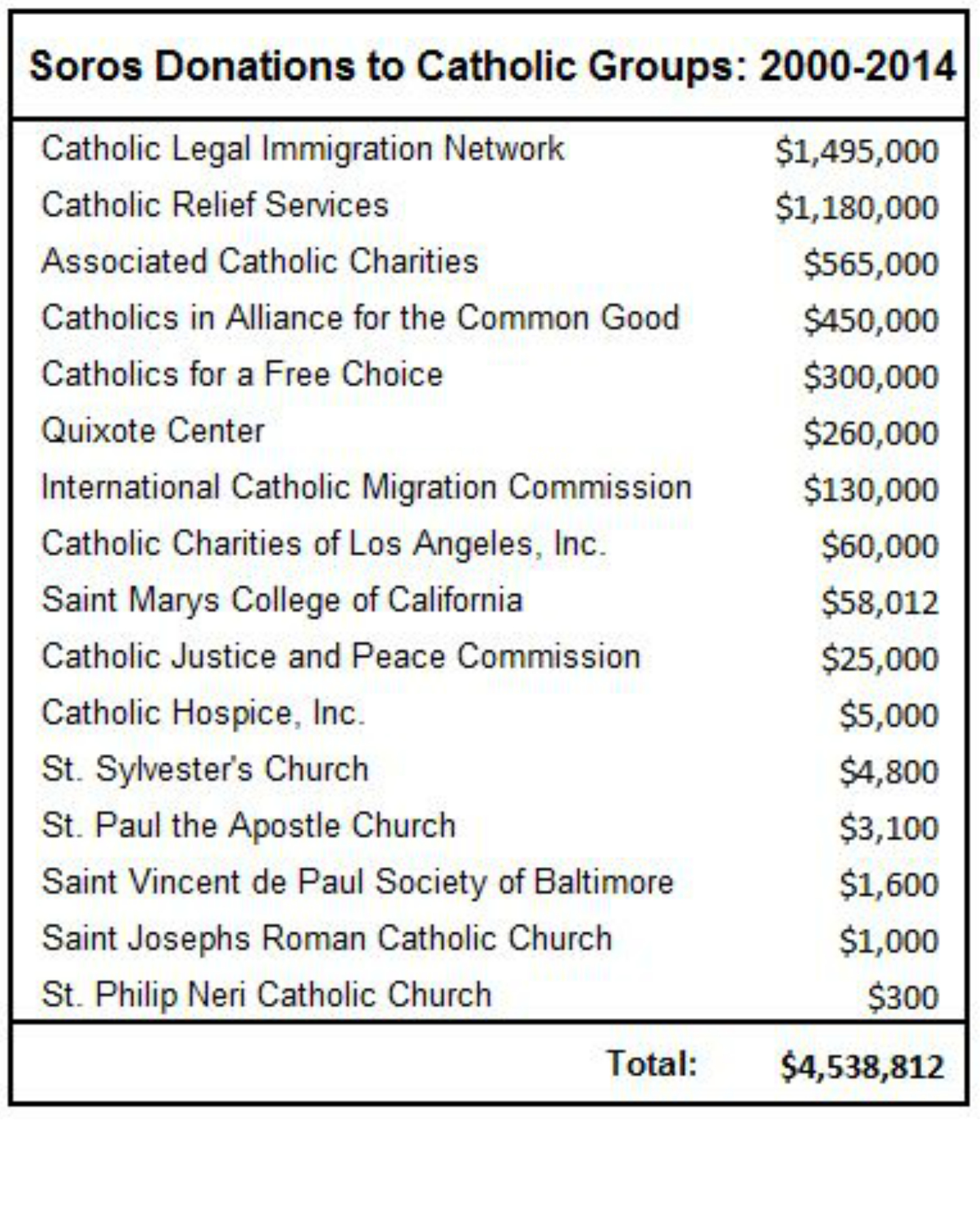 Between 2000 and 2014, Soros gave $4,538,812 to Catholic groups and churches, many of which affirm abortion, gay marriage, and other liberal agenda items.

One of the most overtly anti-Catholic front groups, Catholics for a Free Choice, violates Church doctrine by demanding “safe, legal and truly accessible” abortion. It also claims “the Catholic hierarchy’s ban on contraception and abortion has a disastrous impact on women’s lives.” They do not share the same reverence for life as the Church, which teaches “human life must be respected and protected absolutely from the moment of conception.”

The Catholic Legal Immigration Network (CLIN) embraces “the Gospel value of welcoming the stranger” as a way to promote liberal immigration policies, including amnesty. Of all the Catholic groups Soros has funded, he gave the most to CLIN.

CLIN partnered with the United States Conference of Catholic Bishops (USCCB) in September 2014 to ask Congress for forego deporting illegal immigrants with “strong community ties,” those who are “parents of U.S. citizens” and others. CLIN has also partnered with Ready California, an organization which helps illegal immigrants navigate the U.S. legal system and avoid deportation.

But the Catholic catechism teaches immigrants to “obey” the laws of the country they enter and “assist in carrying civic burdens.” The USCCB used this teaching to challenge U.S. immigration policy.

CRS’ Vice President of Overseas Finance Rick Estridge resigned in 2015 after coming under fire for being in a same-sex marriage for two years.

The bulk of Soros’ donations to CRS ($1,000,000) were made in 2010 for “immediate emergency care for disaster victims in Haiti,” according to Soros’ tax returns.

Some of Soros’ earliest Catholic-related donations went to The Quixote Center, a “multi-issue social justice organization” that supports “gender equality, including ordination for women; the civil rights of gay, lesbian, bisexual, and transgender persons,” an end to “the rule of celibacy for Catholic clergy,” as well as “lay involvement in the formation of church teachings on sexuality and reproduction.”

The Quixote Center also clearly supports abortion in a variety of situations, including “economic hardship.”