Salon Assesses 'What Karl Marx Got Right' About the 'Illusion' of U.S. Democracy

The left seems to be on the rise. The nation has its first openly socialist presidential candidate in years, the Supreme Court overthrew traditional marriage, and President Obama is in some kind of vaunted and  untouchable lame duck stage. Naturally, the leftists at Salon respond by invoking Karl Marx to say these gains are not good enough. 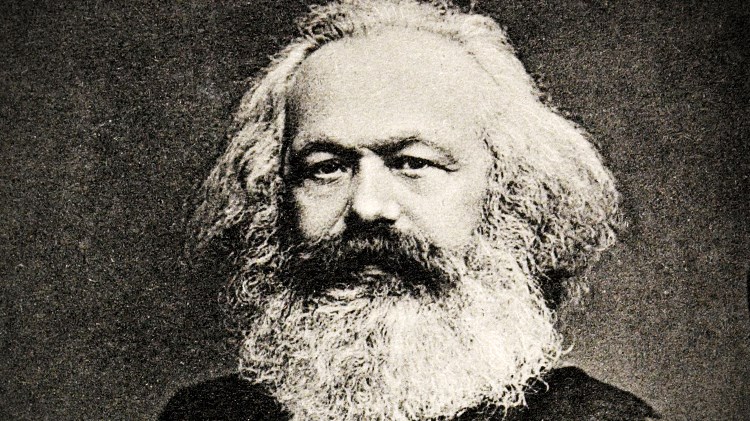 Salon's Conor Lynch asks just how much has changed since Karl Marx pegged democracy as a system in which the “oppressed are allowed once every few years to decide which particular representatives of the oppressing class are to represent and repress them.” It’s suggested there’s very little difference between Bernie Sanders and Ted Cruz. It’s an “illusion of choice.”

While he does not consider Marx’s assessment to completely match contemporary American democracy, Lynch concludes, “Marx’s words are much more accurate today than some would care to admit.”

Lynch admits that there are serous differences between Democrats and Republicans when it comes to “social issues, like gay marriage, abortion, civil rights, birth control, race relations.”

However, he thinks that debate over such issues is little more than,

a part of a spectacle that helps many people look past the fact that our government no longer serves the interests of citizens, but the interests of corporations, billionaires, and American hegemony. An American politician who criticizes the American war machine and its imperialist tendencies is a rare breed indeed. Even Bernie Sanders has some hawkish qualities, especially concerning Israel; but to his credit, he voted against the Iraq War and has been outspoken opponent of Middle Eastern imperialism [emphasis added].

As if criticizing the Bernie Sanders for being too “hawkish” wasn’t an indication of Lynch’s position on the political spectrum, his next charge makes it loud and clear,

the overwhelming majority of people in Washington, both Democrats and Republicans, are proud supporters of global capitalism and the imperialism that goes along with it. And why wouldn’t they be? Money and American politics is like space and time, they just go together. Today, if a brave soul attempts to get elected without courting big corporations or wealthy individuals, there is almost zero chance that they will get elected — and that is exactly how the ruling capitalist class wants it to be. Sure, there are important differences between many Democrats and Republicans; but ultimately, they operate within the same rigged system.

Seriously? The Democrats who passed a national healthcare system and as a rule support higher taxes and economic regulation are “proud supporters” of global capitalism? That’s either news to the rest of us or an indication of Salon’s leftist echo chamber.

From here Lynch descends into a rant that borders on conspiratorial paranoia,

The oppressing class, as Marx called them, preach this corporatist attitude like scripture: Yes, corporations run the country, and the “elected” officials represent their interests above everyone else; but what’s so bad about that?  Forget about the immense inequalities, the war profiteering, the prison industrial complex, the slave labor in third world countries and the unemployed and underpaid in America. Corporations can’t be all bad if they support gay marriage!...

This is just the kind of attitude that corporations who pay slave wages or destroy the environment want to hear. Amplify the so-called differences between parties while paying no mind to the fact that both parties ultimately report to the same corporate handlers within the same corrupted system….As the right wing has become more and more extreme, Democrats suddenly look like the party of the people. But they’re not. They play within the same apparatus as the Republicans. They are, as the cynical saying goes, the lesser of two evils.

Despite the strength of this corporatist monster, Lynch believes that it can be defeated.

One thing that the wealthiest should fear most is a united population, free from prejudice and hate, that sees past phony religiosity and economic propaganda. The capitalist class has managed to keep a two-headed snake in Washington for a long time now, and as long as the populace remains culturally divided, the electoral system undemocratic, and politicians desperate for cash, they can rest easily at night.

If Marxist history is any indication, Lynch may be in for a long wait for his utopian revolutionary triumph against “prejudice and hate.” In the meantime, he can always count on Salon to publish his rants and under the guise of journalism.