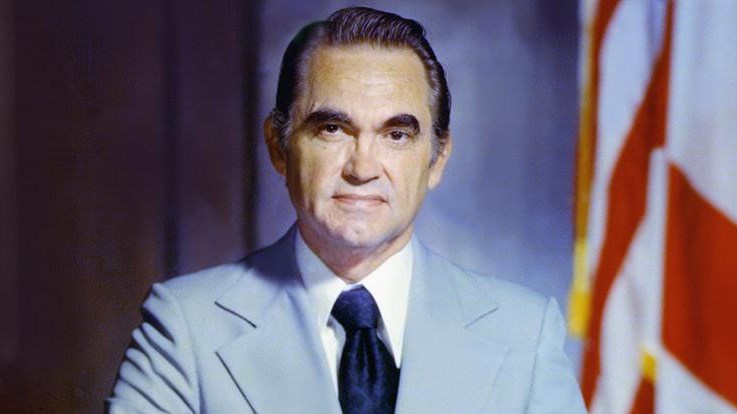 Though they pride themselves on embracing new ideas and leading the nation to new progressive heights, the cultural left’s arguments have been reduced to tired old memes. Case in point is the Daily Beast’s commentary on North Carolina’s new religious freedom law, which allows government officials to opt out of performing weddings if it goes against their religious beliefs.

By allowing magistrates to recuse themselves from weddings that violate their religious beliefs, says Michael Tomasky, North Carolina’s legislature and “extremist governor” have engaged in legal discrimination at “the level of George Wallace defying integration, albeit without the pulse-quickening, schoolhouse-door histrionics.”

“Read that again. Recuse from ‘lawful marriages.’ In other words, disobey the law. So, magistrates who still think the races shouldn’t mix can now take that brave stand with the weight of the law behind them.”

This might be news to Tomasky, but if the law provides legroom on a matter, in this case recusal from a service, and people use said legroom, they are not breaking the law. Also, how likely is it that a magistrate is going to be foolish enough to draw such negative attention to himself by opting out of mixed marriage ceremonies? Even if one does opt out, there will be plenty of other magistrates who will have no problem with mixed marriages or gay marriages for that matter.

So far Tomasky is sticking with the same tired, discredited mantras: homosexuals suffer the same discrimination as African Americans and religious freedom laws are vehicles of bigotry. He outdoes himself, however, with his incoherent attack on the North Carolina,

this is arguably more extreme [than George Wallace] because…North Carolina isn’t defying Washington, but itself. The state passed a ban on same-sex marriage back in 1996 and amended the state constitution in 2011 to emphasize the point. But then, a mostly religious coalition of North Carolinians brought suit, and last year a federal judge seated in North Carolina ruled the state’s ban unconstitutional. The governor, extremist though he is, knew enough law not to fight it, and indeed knew enough law to veto the magistrates’ bill when it came before him. But now the legislature has spoken, or re-spoken, and overridden him.

So the state banned gay marriage by statute, solidified the ban in their state constitution, a federal judge struck it down, and the legislature used its lawful authority to override a veto of the recusal statue, thus making North Carolina guilty of defying itself? How does that make sense? Even if North Carolina did defy itself, what’s wrong with a state changing its mind?

Putting aside the fact that Tomasky appears to be conflating the legality of same-sex marriage with the ability of religious objectors to individually opt out of ceremonies, his anger is directed at the wrong target. It was the federal courts, not the state legislature that defied North Carolina’s authority.

The point needs making: Laws like this magistrates’ law and those Pence-style religious-freedom laws have turned the original intention of the federal Religious Freedom Restoration Act of 1993 completely on its head. That law was meant to protect the religious rights of minorities. It emanated from a lawsuit brought by two Native American men who took peyote, they claimed, as a religious rite. The Supreme Court backed them, and then President Clinton signed the RFRA. Protecting minorities from the tyranny of the majority has a long history in this country, back to the famous Federalist No. 10, and in fact the concept goes back to ancient Greece. But now, the majority (or near-majority, depending on which poll you believe) in North Carolina that opposes same-sex marriage can bully the minority.

First of all, the Court did not back the Native American men; it ruled against them. This is why RFRA was necessary.

Second, the law’s purpose was “to restore the compelling interest test as set forth in Sherbert v. Verner (1963) and Wisconsin v. Yoder (1972) and to guarantee its application in all cases where free exercise of religion is substantially burdened.”

Third, the law’s “provi[sion] [of] a claim or defense to persons whose religious exercise is substantially burdened by government”  was for everyone, not just minorities.

Finally, LGBT individuals did not meet the definition of a “minority” in the eyes of the Founding Fathers or the 1993 RFRA law, rendering Tomasky’s argument a moot point.

Tomasky concludes his rant with a bittersweet observation, “Presumably, a court will toss this magistrates’ law….But who’ll be denied a license in the meantime? And what constitutes religious freedom, and what is simply bigotry?"