It is common knowledge that the conservative Christian community is one of the biggest bulwarks against the rising tide of the radical LGBT agenda. This might explain why the Daily Beast brought out Candida Moss of Notre Dame to undermine this opposition by claiming that many “Christian martyrs...blurred the line between male and female.”

According to Moss, “Jenner is a transgender woman, a Republican, and a Christian. At least two of those identifiers have a storied history: gender-bending Christian heroes are nothing new. This means the trans community has no shortage of religious icons and, put simply, they’re pretty kick-ass."

To make her case for this outrageous statement in article titled "The Caitlyn Jenners of Catholicism," Moss invokes the following martyrs: Thecla, Perpetua, Sergius and Bacchus, and at the end, Joan of Arc.

Thecla “blurred the line” between genders because she “cut her hair short and dressed as a man in order to travel and spread the good news.”

“she had a sequence of prophetic dreams, one of which involved becoming a man and fighting an Egyptian in the arena...once awake Perpetua acted in a way that was manly (as all ancient martyrs do)....Stephanie Cobb...an expert on gender in martyrdom literature, writes of Perpetua: ‘Her femininity is nowhere to be found.’”

Moss says Sergius and Bacchus meet the “gender bender” criteria because when Roman authorities tried to humiliate them by dressing them in women’s clothing, Sergius and Bacchus, “praised God for clothing them with the ‘garment of salvation,’ saying, ‘as brides you have decked us with women’s gowns and joined us to you through our confession.’”

One might be tempted to charge Moss with suspending cultural-historical precautions and imposing 21st century assumptions about gender appearances on historical Christian martyrs.

Thankfully, Moss saves everyone the trouble and destroys her own argument, 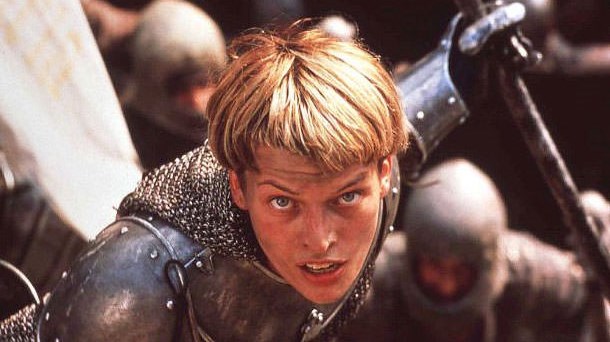 it’s important to note that just as practicing transvestism is not identical to being a transgendered person, ancient categories and practices don’t translate directly into our modern world. Some might protest that Thecla, Joan of Arc, and the whole host of female monks who dressed as men did so out of necessity and in order to protect their virtue, rather than out of choice or in keeping with their identity.

If this is true, then Moss knowingly wasted everyone’s time with this article. Not only is her premise that Jenner is the latest in a continuity of “gender-bending Christian heroes” not true, but the examples that she uses to demonstrate such a continuity exists is as baseless as it is irrelevant to the discussion.

As shocking as it is that something so reckless made it to print, one should not be surprised that Moss has (poorly) manipulated the historical account of Christian martyrs to suit a contemporary political agenda. This is the same woman who wrote a book accusing first-century Christians of fabricating Roman persecution.