Salon on Iraq: Right-Wing 'Elite White Men' Can't Get Over the Cold War 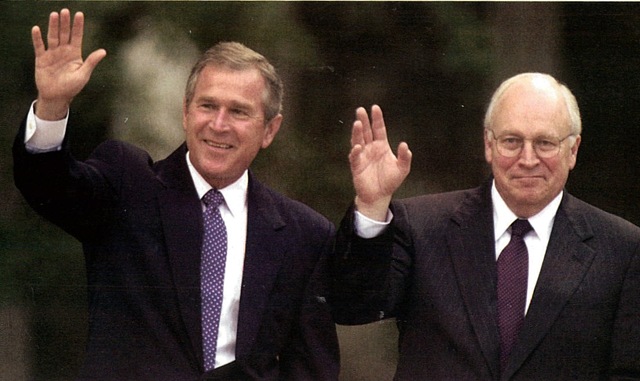 In light of the media’s blitz of Iraq War “gotcha questions” on Republican candidates in general and Jeb Bush in particular, Salon’s Heather Cox Richardson decided to reveal the true origins the Iraq War: conspiratorial Cold War-obsessed rich white men. She spun the tale of "the biggest blunder in American history — and the right wing’s obsessive need to cover it up."

Yes. Jeb Bush’s initial affirmative answer to Megyn Kelly’s question as to whether or not he would have invaded Iraq in light of contemporary information is demonstrative of “his continuing loyalty to a series of principles to which he actually put his name in 1997. With those principles, a group of elite white men set out to revive the Cold War world that had given men like them control of the rest of humanity.”

In the aftermath of the Cold War, “movement conservatives,” as Richardson calls them, “remain rooted in a worldview that has been outdated for so long it is now delusional.”

When the USSR began to spin apart in 1989, the unraveling of the Cold War left these Movement Conservatives adrift. While many of them found their purpose by turning their attention to wiping the “communism” of social welfare legislation out of domestic life as it had been wiped out of the world community, others “looked at the splintering of foreign affairs and despaired. No longer was America a superpower; it was again just one nation among many, unable to dictate the behavior of weaker nations.

Is Richardson seriously suggesting that America lost its superpower status after winning the Cold War? How does that work?

In any event, Richardson claims that 9/11 provided the chance for these “movement conservatives” to apply the neoconservative Project for the New American Century (PNAC), resurrect their rigid Cold War “us and them” view of foreign policy, and cherry pick evidence to justify the Iraq War.

Richardson rounds the bases and then returns to blaming conservative white men: Their “worldview establishes that a small group of elites can simply dictate reality, no matter how out of touch with the real world they are. It is the last-ditch fight of an aging group of white men who cannot accept that their supremacy was not because of their extraordinary worth but because the vagaries of history aligned, very briefly, to make men like them supreme.”

This persistent “white men” talk sounds vaguely racist, but then Richardson had just spent a paragraph warning people that Marco Rubio was repackaging the PNAC agenda, and complained Ted Cruz was being advised by John Bolton. They must be the white men's tools?