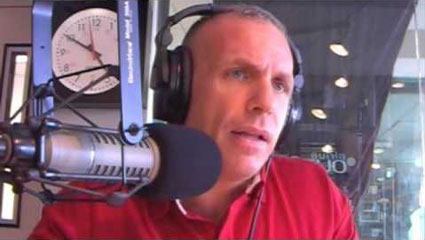 Michelangelo Signorile, the radical satellite radio host who told a professing gay man to drink arsenic because he voted for Mitt Romney, is using his post as Editor-at-Large at the Huffington Post to urge Apple boss tim Cook to do to Texas what big businesses, the media and the homosexual Left did to Indiana: smear and boycott them for protecting the First Amendment rights of its clergy.

The headline was “Why Tim Cook Should Threaten to Shut Down Apple Campus Amid Texas Anti-Gay Crusade.”

Somehow, attempting to maintain the status quo is a desperate crisis. Texas is in the midst of passing a number of bills that, according to Signorile, are creating “a gay civil rights emergency” that “if left unchecked,” will cause “a disaster…that could affect the future of gay and transgender people there for some time to come.” With this in mind, he urges “governors of states that support equality, public figures and celebrities to speak out loudly in the media before it's too late.”

What is Texas doing to provoke such a response?

Its Senate passed the Pastor Protection Act, which protects pastors from being forced to conduct gay weddings. Signorile put every assertion of “sincerely held religious beliefs” in quotes, as if those are impossible, or must be banned. Signorile also can’t handle the notion that there’s a “right” bathroom to use when the transgender lobby kicks into gear.

Signorile especially took issue with the pastors who appeared in front of the legislators for their “defamatory rhetoric” of “being forced to officiate over the weddings of pedophiles while another ranted that he was afraid he'd have to marry people ‘to animals.’” The Left never answers where their revolution stops. They merely call it “defamatory” to raise the question.

Unsurprisingly, he also drew out the segregationist smear: "As Texas conservatives often have done with the passage of harsh anti-abortion laws, the effort is all about slowing progress by tying up the issue in the courts. It's similar to the tactic many Southern states employed during the segregation era as well."

After recounting how “business leaders and others waited until a 'religious liberty' bill that passed in Indiana was signed by Governor Mike Pence before speaking out and successfully sending him…and governor Asa Hutchinson of Arkansas…into retreat,” Signorile urged an Indiana-style crackdown on conservatism:

Politicians like Gov. Cuomo of New York and Gov. Inslee of Washington, who banned travel to Indiana, should threaten such action against Texas now. Rock bands that dropped their tours to Indiana, and celebrities like Rihanna who blasted the state, need to do the same now with regard to Texas. Apple has a major center of operations in Austin, and has been expanding, just finishing construction of a $300 million campus that is hiring thousands more Texans in coming months and years. The company's openly gay CEO, Tim Cook, who's been outspoken on gay rights, should threaten to pull out of the state if any of these bills moves further and certainly if the governor signs them. Other progressive, gay-supportive high-tech companies with a major presence in the state include Dell, IBM, and Advanced Micro Devices. All of them must put their money where their mouths are: either Texas legislators drop these bills now or they jeopardize further business and expansion in the state.

In the end, all of Texas must face economic and social ruin because they respect religious freedom and refuse to submit to Signorile’s radical sexual agenda.

We have a word for this. It’s called bullying.