Martin Bashir Returns to TV In Prime Time on CBS

Martin Bashir, infamous for charging that Sarah Palin deserved to be punished by having someone defecate into her mouth, a vile diatribe which forced him off of MSNBC in late 2013, popped up -- for a mere three seconds -- on this past Sunday’s episode of CBS’s Madame Secretary.

His role didn’t take much of a stretch: He played a cable TV news host whose show could be seen on a wall-mounted television in the background during a scene set in a restaurant. 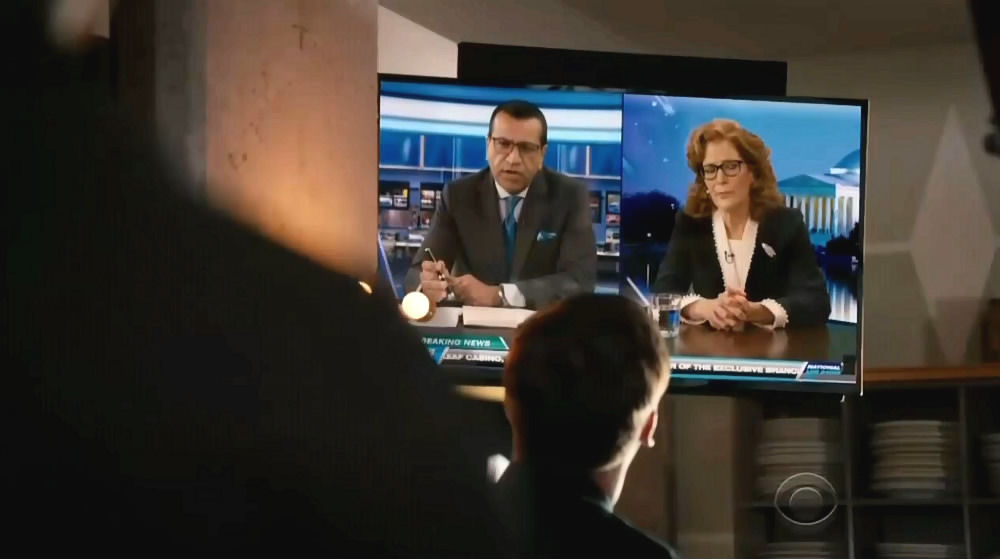 You can hear Bashir ask on the March 1 prime time program: “The micro-loans program should actually be canceled?” That’s a reference to the episode’s main plot about the fall-out caused by a State Department official embezzling from the program championed by the Secretary of State.

(Bashir’s voice could also be heard, but was not shown, in an earlier scene with “Elizabeth and Henry McCord” at home in bed with the television on.)

On November 15, 2013, reacting to Sarah Palin’s comparison of excessive debt to slavery, Bashir spewed this, which earned him the MRC’s 2013 “Quote of the Year” in our “Annual Awards for the Year’s Worst Reporting”:

“One of the most comprehensive first-person accounts of slavery comes from the personal diary of a man called Thomas Thistlewood, who kept copious notes for 39 years....In 1756, he records that ‘a slave named Darby catched eating canes; had him well flogged and pickled, then made Hector, another slave, s-h-i-t in his mouth.’ This became known as ‘Darby’s Dose,’ a punishment invented by Thistlewood that spoke only of the slave owners’ savagery and inhumanity....When Mrs. Palin invoked slavery, she doesn’t just prove her rank ignorance. She confirms that if anyone truly qualified for a dose of discipline from Thomas Thistlewood, then she would be the outstanding candidate.”