For all the fuss the left makes about “getting money out of politics,” their actions tell a vastly different story. When conservative donors make or facilitate anonymous donations, liberals cry “dark money” and bemoan the supposed lack of accountability. If liberals truly wanted to get money out of politics, they would need to start with their own Tides organizations, which pioneered the very practice they claim to hate.

The liberal Tide Foundation and its offshoot Tides Center have together accepted $82.7 million in grants from the Federal Government, from 2002 to 2013. These grants support some of the 133 Tides Center projects. Tides Center projects include Ferguson supporters, population control proponents, and anti-Semites, but the tax data is unclear which specific projects the government is backing. Tides is also supported by liberal billionaire George Soros.

The Tides Center, founded in 1996, is an even more nebulous organization. Instead of channeling donations from donors to nonprofits, the Tides Center sponsors liberal and progressive startups as an offshoot of themselves.

In July 2014, syndicated columnist Michelle Malkin wrote an expose of liberal dark money hypocrisy that included revealing information on Tides. “The Tides Center and its parent, the Tides Foundation, in turn have seeded some of the country’s most radical activist groups of the left, including the communist-friendly United for Peace and Justice, the jihadist-friendly National Lawyers Guild and the grievance-mongering Council on American-Islamic Relations.”

Current Tides projects are just as radical. The Catalyst Project, an “anti-racist” group helped support the Ferguson riots and also trained one of the leaders of Madison, Wisconsin’s white “racial justice” movement. The Center for Environment & Population focuses on the relationship between population size and the environment, and champions “reproductive rights” as a way to solve the perceived coming population crisis. The founder and director of CEP, Vicky Markham, openly speaks in favor of population control.

Perhaps most alarming is Tides’ anti-Semitic Arab Resource & Organization Center (AROC) -- an group seeking to “empower and organize our community towards justice and self-determination.” AROC’s Executive Director, Lara Kiswani, was behind the October 2014 “Block the Boat” movement, which kept Israeli cargo ships from docking in California. Kiswani is also a part of the Boycott, Divestment, and Sanctions (BDS) movement, where she vehemently spews anti-Semitism. In November 2014 she stated, “Bringing down Israel really will benefit everyone in the world.” 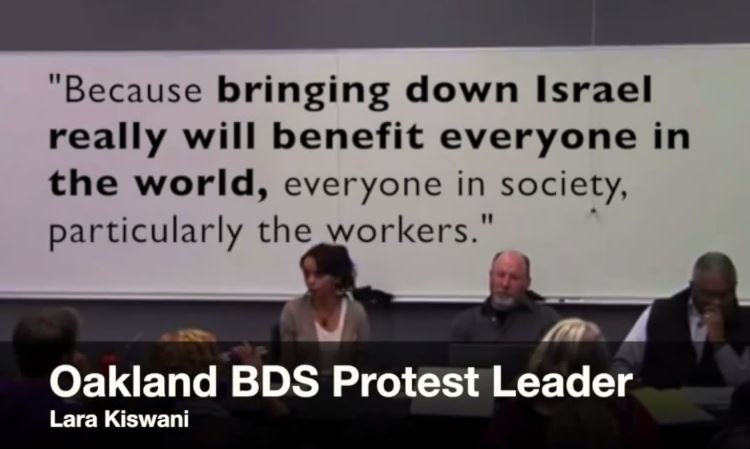 From 2002 onward, the Tides Center has facilitated over $80 million in grants from the Federal Government to progressive causes. The Tides Foundation received an additional $2.5 million from the government between 2009 and 2012.

The government is supposed to report its grant activity through USASpending.gov. However, due to woefully incomplete information on the government website itself, as well as the way the Tides Center and the Tides Foundation are set up, it is virtually impossible to track which departments the government grants are coming from and where they are going.

Searchable USA Spending records only go back through 2008, and in that time frame it reports no grants to the Tides Foundation -- even though according to Tides Foundation 990s, they received a total of $2.5 million from the government.

Similarly, USA Spending reports only a total of $4.7 million to the Tides Center between 2008 and 2013, even though Tides Center 990s report that they received a total of $58.9 million from the government during that time frame.