It’s been nearly 100 years since the birth of former President Ronald Reagan, and the Gipper is still inspiring lives. What’s surprising is his latest fans weren’t born until after his presidency.

Singers Nick Jonas and Jordin Sparks have joined forces as co-chairs for the National Youth Leadership Committee, a committee comprised of 38 prominent young athletes, musicians and student leaders. Age hasn’t stopped these members from being inspired by the life of the nation’s 40th president – members of the group are all under the age of 25.

According to a press release, the committee is partnering with the Ronald Reagan Presidential Foundation and will represent “America's next generation of leaders” at the Ronald Reagan Centennial Celebration, which will kick off in Los Angeles on Feb. 5, 2011, the day before what would have been Reagan’s 100th birthday.

Jonas expressed his pride in being a part of the group. “My father and my family were supporters of Reagan,” he told the AP. Jonas also called Reagan a “personal hero” because of “the way he stood up for causes he believed were right, no matter what.”

Gaga went political about immigration reform at a sold-out Arizona concert on July 31, telling cheering fans that she found the situation in Arizona "disgusting" and a "state of emergency."

Although Gaga promised to "peaceably protest" immigration in Arizona, she went on to tell fans that she "will yell and I will scream louder," according to the New York Daily News. Gaga told her adoring fans that she staunchly supports immigration because "if it wasn't for all of you immigrants, this country wouldn't have sh**."

Kathy Griffin recently proved that she is a "D-list" comedian.

Bravo's "My Life on the D-List" star made headlines in the Huffington Post and E! online after telling "View" co-host Elisabeth Hasselbeck to "suck it" in response to Hasselbeck's "scum" rebuke.

Griffin's comment came after Hasselbeck recently criticized the Bravo star for Griffin jokingly said her show that Massachusett's Sen. Scott Brown's two daughters are prostitutes. Hasselbeck said, "You defend your daughters against scum who comes after them and calls them something like a prostitute."

What does Salon think American TV needs more of? Abortion, and lots of it.

In a July 20 "Broadsheet" article, Salon writer Mary Elizabeth Williams addressed Fox's decision to release the highly controversial "Family Guy" abortion episode as a stand-alone DVD feature this September. Williams crassly compared the comedy show's efforts to make money off a "Banned From TV" episode to "having an abortion and getting your baby too."

The episode's controversy revolved around character Lois Griffin questioning whether to go through with a pregnancy as a surrogate mother for a couple who died in a car crash. Williams used the network's move as a springboard for her real complaint: the lack of abortion on American airwaves.

Williams called TV a "timid" medium for "barely" discussing abortion, saying it was "insane" that TV could introduce viewers to the Dharma Initiative in "Lost" but couldn't confront the "legally acceptable procedure" of abortion.

Craig Wieland never set out to write a book of poetry. “I’m a contractor,” he said with a chuckle. But what began as family dinner-table conversations to help his daughters understand social issues in have culminated in a book of poems and cartoons about conservative ideas.

Wieland, the owner of a nationwide construction contracting company, proved you don’t need a writer’s background or even a college degree to communicate your beliefs. Wieland said he catered to his daughters’ love for Dr. Seuss and Shel Silverstein by putting stories poetic form.

“If you put it in a rhyme and use poetry, all of a sudden it becomes unique,” Wieland said in a telephone interview with the Culture and Media Institute about his new book, “Pointed Poems: Tools for Teaching Conservative Thinking.”

In the book, Wieland combines poetry and cartoon-like illustrations to convey the differences between conservative and liberal viewpoints on both economic and social issues in . The book’s 280 pages touch on everything from industry to patriotism to taxes and incorporate over 400 graphic illustrations by Dennis Preston to “give the poetry a little more punch.”

Do you know what your teens are reading? The folks at the Huffington Post do, and they're happy to report the emergence of gay role models in teen-focused literature.

In a July 19 post, contributors Jessie Kunhardt and Alexandra Carr highlighted 13 "great" novels for gay teens who want to explore teen homosexuality or find "fictional role models." Kunhardt and Carr praised the books as "worth a read" despite many of the books having generated complaints from parents and bans from schools and libraries.

The list included brief summaries and, in some cases, excerpts of positive reviews from mainstream publications including Publisher's Weekly and Booklist. The reviews praised the books for themes like "celebration of human differences," "be proud of who you are" and "love can lead to acceptance."

One highlighted book, "Kissing Kate," was written by Lauren Myracle, an author whose "TTYL" series topped the American Library Association's list of Most Challenged Books in 2009. The books, written in "instant message" format, have been criticized for offensive language and nudity, according to the ALA.

Joy Behar is no stranger to anti-Christian sentiments, except in her own mind.

On "The Joy Behar Show" July 15, the host railed against Christians who defended actor and director Mel Gibson in the wake of drunken anti-Semitic comments in 2006, but are silent about his recent racist and sexist comments. Moments later, however, Behar claimed she doesn't hate Christians.

Guest Rebecca Dana, a correspondent for The Daily Beast, explained to Behar that she had tried unsuccessfully to contact conservative evangelical leaders to comment on the latest controversy around Gibson, even though they had defended him for making anti-Semitic comments in 2006 around the time his "Passion of the Christ" movie was released. Dana said the impression Christians have given her is that it's acceptable to bash Jews and gays.

After Behar bashed Gibson for his racist/misogynist comments and Christians for not condemning him, guest Stephen Baldwin, a Christian actor, said people should look for ways to help him get better.

In a bold move for scripted dramas, which usually shy away from taboo issues, the July 9 episode of the network drama featured a high school-aged character deciding to have an abortion, declaring it was "the right thing to do." The plotline earned praise from many in the media.

Entertainment Weekly's Ken Tucker praised "Friday Night Lights" for delivering "one of its finest hours ever."

In a July 10 blog post, The Atlantic's Tony Lee noted that he was impressed by the "nuanced, apolitical manner" that the writers used to convey the dilemma facing this pregnant teenage girl.

'Today' Declares Itself a Gay 'Ally,' Will Permit Same-Sex Couples in Wedding Contest 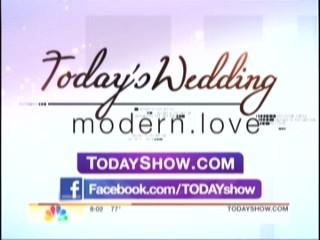 NBC proved that it will respond quickly to charges of bias - at least if the charges come from a left-wing activist group.

When NBC announced the "Today" show's annual summer wedding contest, the network made it clear homosexual couples would not be eligible since New York does not license same-sex marriages.

The Gay and Lesbian Alliance Against Defamation issued a press release condemning the decision and urged its members to complain to the network. After a meeting between GLAAD and NBC officials Thursday, the network announced it was reversing its decision.

The "Today" show said its intention was neither "discriminatory" nor "exclusive." NBC reminded viewers of its inclusion of same-sex couples in 2005, noting that "Today" is a "longtime supporter" and "ally" of the LGBT community.

Keith Olbermann proved once again that Sarah Palin is the media's favorite conservative to hate, mock and condemn when he called Palin an "idiot" who endorses "stupidity instead of intelligence."

In addition to labeling her speech a "gaffe fest," Olbermann called her mistake "symbolic of her imbecility, her corner-cutting," saying it was one of "perhaps, 100 things that brand her as a phony."

'Early Show' Panelists on Marriage: 'Who Wants to Sign up for That?'

Apparently unmarried men don't have to bother ‘putting a ring on it' anymore.

A CBS' "Early Show" panel on June 23 made marriage look like an obsolete tradition by  highlighting several couples who've cohabited for years-with little or no intentions of ever saying "I do."

"This is a cautious generation," Seligson explained to Hill. "They want to get it right, and they want to make sure that this is the person with whom they can spend the next 60 or 70 years."

Early Show Panelists on Marriage: 'Who Wants to Sign Up for That?'

On the June 22 episode of "The View," co-host Joy Behar criticized prayer, saying it "takes the place of logical thinking, then I think that's dangerous."

Behar's attack on prayer came as she defended comedian Janeane Garofalo, who during a June 16 appearance on Behar's Headline News show called prayer "anti-intellectual" in criticizing President Obama's reference to prayer during his speech about the Gulf oil spill. Behar said Garofalo should have said prayer was "un-intellectual," not "anti-intellectual."