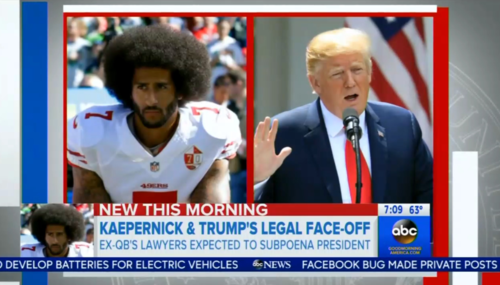 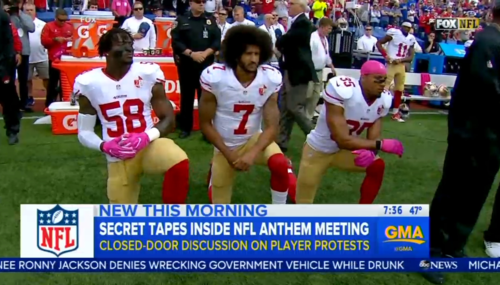 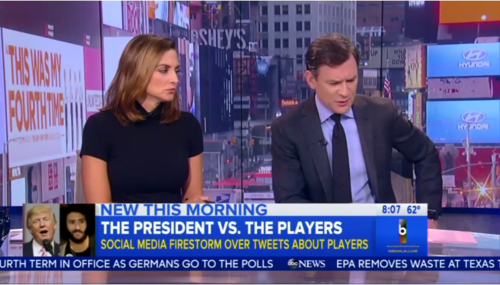 Nicholas Fondacaro
September 24th, 2017 10:49 AM
Since Friday, the liberal media had been foaming at the mouth after President Trump made a series of comments arguing that athletes who disrespected the American flag by kneeling should be either fired or suspended. Come Sunday, two of the Big Three Networks (ABC and NBC) were eager to smear the President with claims of racism and assertions that he was on the wrong side of the issue. 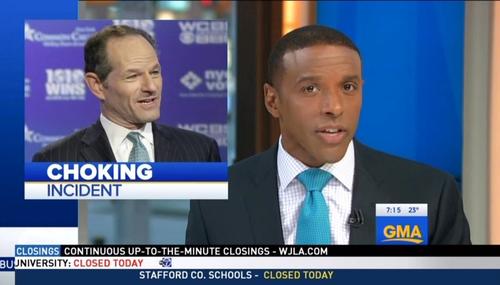 Matthew Balan
February 15th, 2016 5:57 PM
CBS This Morning was the sole Big Three morning newscast on Monday to not cover the assault allegation against former New York Governor Eliot Spitzer that emerged over the weekend. By contrast, NBC's Today aired a full two-plus minute report on Spitzer "facing another potentially embarrassing scandal," as Kristen Dahlgren put it. ABC's Good Morning America gave a brief on the… 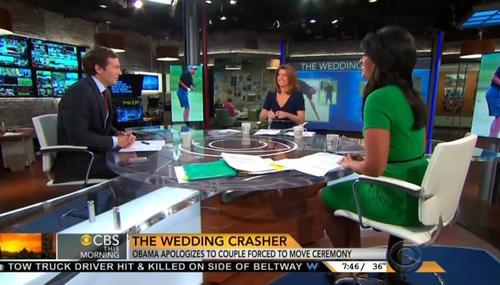 Curtis Houck
December 30th, 2014 3:46 PM
Between Monday night and Tuesday morning, the “big three” of ABC, CBS, and NBC covered the news that a golf outing by President Obama at a course in Hawaii forced a Army to move their wedding location after planning to have it on the 16th tee.  While they covered the news, each network made sure their were plenty of laughs and golf-related puns throughout their 12 minutes and 4… 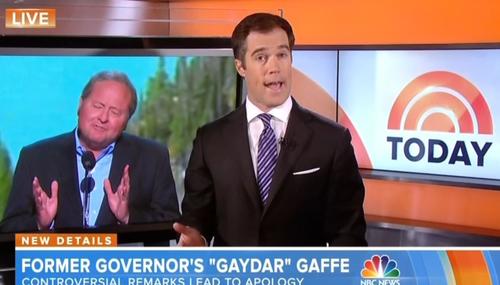 Curtis Houck
June 20th, 2014 3:30 PM
Despite the newest revelation in the Veterans Affairs scandal on Thursday that one in ten veterans have to wait at least one month before they can get an appointment to see a doctor, CBS and NBC refused to cover the latest news in both their evening news shows on Thursday night as well as their morning shows on Friday morning. ABC News only gave 14 seconds of coverage to the issue in a news…

Matthew Balan
February 21st, 2014 10:02 PM
ABC, CBS, and NBC have largely punted in covering the protests against the leftist government in Venezuela. Since Monday, only NBC Nightly News has devoted a full report on the demonstrations in the South American country. Altogether, NBC has aired just over two minutes of reporting on the story. Brian Williams also stood out for explicitly mentioning the political ideology of the regime:…