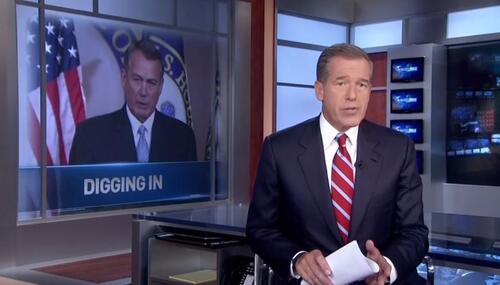 NBC Plays Up Both Sides as 'Digging In' Following Midterms

Curtis Houck
November 7th, 2014 12:47 AM
On Thursday night, NBC Nightly News played up the current political state of affairs in Washington as both Republicans and Democrats having “dug in” to their policy preferences, but focused only on how Republicans want to repeal “the President’s signature accomplishment” and are angered that he will go through with an executive order on illegal immigration.  Anchor Brian Williams first teased… 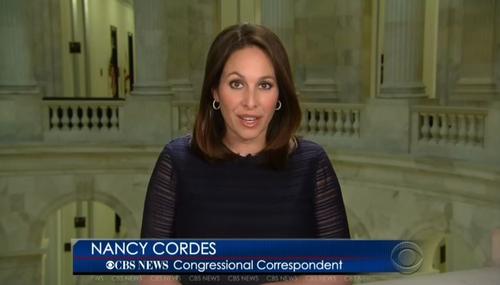 Curtis Houck
November 6th, 2014 9:18 PM
During Thursday’s CBS Evening News with Scott Pelley, Nancy Cordes continued to disparage conservatives, as she referred to some of the newly elected House of Representatives members as being to Speaker John Boehner’s “far right flank” and joining returning Representatives who stifled “Boehner’s own attempts” to address illegal immigration (that President Obama will now act upon in an expected… 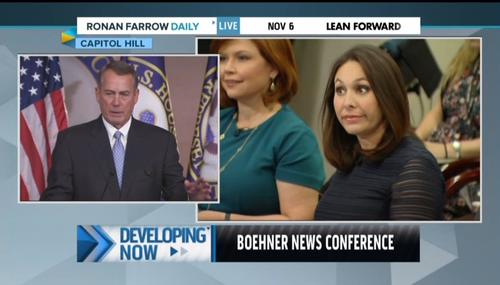 Jeffrey Meyer
November 6th, 2014 2:16 PM
During his post-election news conference, House Speaker John Boehner (R-Ohio) was repeatedly pressed by CBS News reporter Nancy Cordes about “a new crop of conservatives coming into the House” who she implied Boehner would have trouble managing. The CBS reporter asked Boehner “so the hell no caucus as you’ve put it is getting bigger and some of them don’t think you’re conservative enough. How do… 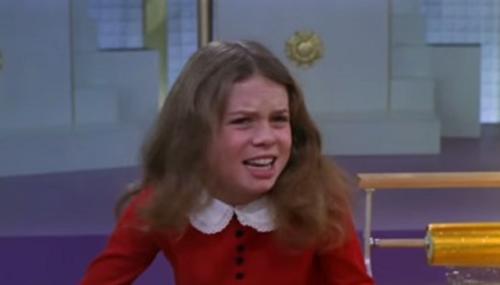 Curtis Houck
July 1st, 2014 4:00 PM
The broadcast network morning newscasts came and went on Tuesday with NBC’s Today and ABC’s Good Morning America ignoring President Obama’s latest rant against Republicans. This was despite the fact that both broke their regular scheduling on Monday to cover remarks in full. For it’s part, CBS This Morning devoted a full 2 minutes and 45 seconds to Obama’s rant against House Republicans for…