Cal Thomas
September 26th, 2017 6:50 PM
"The highest patriotism is not a blind acceptance of official policy, but a love of one's country deep enough to call her to a higher plain." -- Sen. George McGovern (D-SD) Filmmakers Ken Burns and Lynn Novick have performed a vital public service in making their documentary "The Vietnam War" for PBS. Given the division that war caused in America, it is a pretty fair chronicling of the way things… 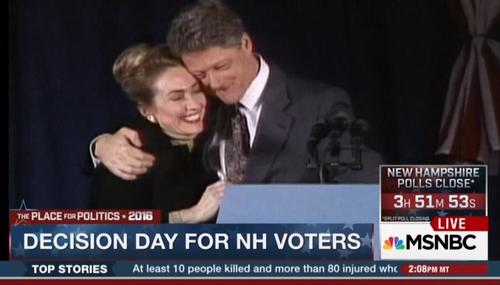 Brokaw: Clinton Lost New Hampshire in 1992 ‘Amid Rumors of Womanizing'

Curtis Houck
February 9th, 2016 6:29 PM
Former NBC Nightly News anchor Tom Brokaw provided a history lesson on the New Hampshire primary during the 4:00 p.m. Eastern hour of MSNBC’s political coverage and when describing the situation on the Democratic side in 1992, he claimed that then-Arkansas Governor Bill Clinton lost the Granite State “amid rumors of womanizing” despite the fact that such claims were proven true.