Noel Sheppard
October 7th, 2013 5:59 PM
Former Congresswoman Cynthia McKinney has done some crazy things in her life, but what she did last month really takes the cake. Appearing live on Syrian television, McKinney said that Syria’s Civil War was part of a plot created by the United States shortly after 9/11 (video follows with transcript and commentary): 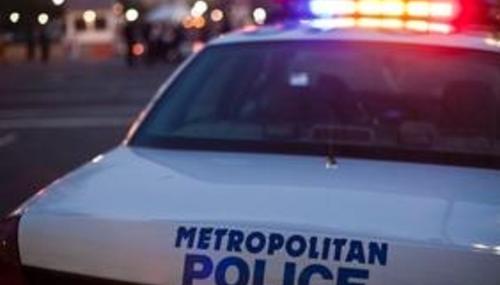 Jack Coleman
April 16th, 2013 12:30 PM
Ever play the game "telephone" in school or with friends when you were a kid? One person would whisper into the ear of another person, followed by her whispering what was supposed to be the same message to the next person, followed by him doing likewise and so on, until the last person in the sequence, several people later, would say what he or she had been told. Invariably it bore…

Rusty Weiss
June 2nd, 2010 12:07 AM
It isn't just the pro-Palestinian press that is attempting to distort the reality behind the recent flotilla incident off the coast of Gaza.  Former Democratic Congresswoman, and 2008 Green Party candidate for President of the United States, Cynthia McKinney, has voiced her own version of reality through an anti-Israeli rant in Arab News.  McKinney is of course, a reliable source on the topic,…

Lachlan Markay
September 5th, 2009 12:12 PM
The contrast between the virtual silence of major news outlets on Green Jobs Czar Van Jones’s belief in the Bush Administration’s complicity in the 9/11 attacks and the hubbub made about those who believe the President is not an American citizen casts light on the politicized attitudes of the mainstream media. NewsBusters has noted how the story has been ignored by the television media. Byron…

Rusty Weiss
December 30th, 2008 12:17 PM
Urgent:  Update Below the Fold!CNN, as is their typical style, has ignored facts and reality when reporting an incident involving an encounter with a Gaza relief boat, and an Israeli patrol boat.  Karl Penhaul, a CNN correspondent aboard the pleasure yacht known as Dignity, and frequently on the wrong side of an issue, was pretty much allowed carte blanche in recalling the incident -- an incident…

Noel Sheppard
August 24th, 2008 3:30 PM
The Democratic National Convention hasn't even begun, and the protestors are out trying to Recreate 68.For those unfamiliar, the group "was created for all the grassroots people who are tired of being sold out by the Democratic Party," and are gathering in Denver to "resist a two-party system that allows imperialism and racism to continue unrestrained."High profile activists…